David Jones parent runs through options on its Australian businesses

Earlier this month investment company Allan Gray, which has amassed a 20 per cent stake in Woolworths Holdings, described David Jones as a very poor investment and said it supports selling its property portfolio.

David Jones has been attempting to improve its balance sheet position since COVID hit trading and last month received a $75 million loan from Woolworths Holdings in order to secure a covenant waiver from its banks.

It has also been attempting to negotiate a better deal with landlords of non-owned stores and has enlisted KordaMentha to advise on that process.

Last month David Jones reported that sales and concession sales for the first nine weeks of the second half were up 0.5 per cent in local currency, but had declined by 35.8 per cent in the subsequent eight weeks to the end of April despite the fact that stores remained open during the period.

Sales from David Jones’ sister retailer, the Country Road Group, which did close during the height of COVID were down 50 per cent during the same eight-week period.

The parlous state of some parts of Australian retail and in particular the premium department stores was starkly illustrated on Friday when The Sydney Morning Herald and The Age reported insurer QBE will from next month no longer provide trade credit insurance to David Jones and Myer suppliers.

This means those selling goods to these two retailers will not be protected in the event either Myer or David Jones cannot pay their invoices. This in turn suggests the insurer sees an insolvency risk with both.

Meanwhile, there was speculation in January when Woolworths Holdings announced the appointment of a new chief executive Roy Bagattini that there was an increased likelihood of divestment of the Australian businesses. The company denied it then.

Bagattini replaced Ian Moir who had been responsible for the acquisition of David Jones in 2014 for $2.1 billion. The Australian retailer’s book value has since been slashed by $1 billion and Moir has previously stated he overpaid for David Jones.

David Jones chose not to comment on whether potential buyers had been approached but a spokesman noted the $75 million loan from its parent had not been drawn down.

Last month UBS was appointed to review the capital structure and property portfolio of David Jones and to provide strategic advice to Woolworths Holdings Australian business including the Country Road Group, which owns Country Road, Witchery, Trenery, Mimco and Politix.

While it is understood the sale of the smaller of the two Bourke St David Jones stores in Melbourne’s CBD is well progressed, there is no news yet on the larger Bourke St women’s store nor the Elizabeth St site in the heart of Sydney.

It has been speculated that the company hopes to raise close to $1 billion via the property sales or some kind of property securitisation. But dealing with retail property in the current market could present serious challenges as several of the large real estate trusts have been cutting the values of their retail assets in recent weeks.

On Monday Stockland became the latest to do so following a near-$500 million hit to the value of GPT retail property portfolio two weeks ago.

Investors expect others such as Vicinity and Scentre to do the same at the upcoming end of the financial year.

Would-be property buyers could also be spooked by QBE’s actions last week, which cast a shadow on the department stores groups risk profiles.

Elizabeth Knight comments on companies, markets and the economy.

WA's coronavirus restrictions are being significantly eased under phase four. Here's what it means for you 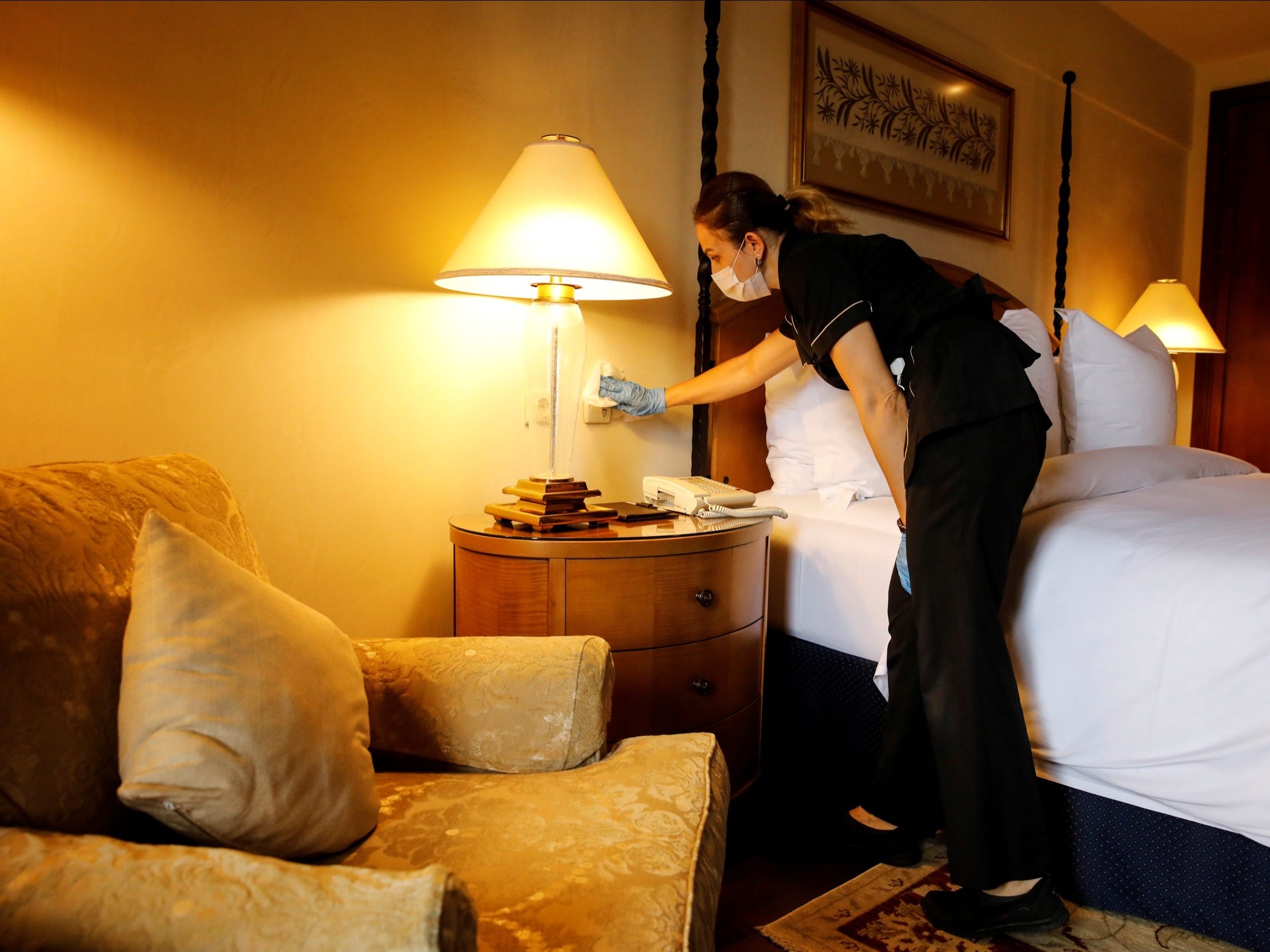 5 major changes travellers can expect to see right away in hotels like Marriott, Hilton, and Wyndham as they open back up