Taika Waititi’s Oscar-nominated World War Two comedy stars Roman Griffin Davis as Johannes, a 10-year-old German boy who is so taken in by Nazi propaganda that his imaginary friend is none other than Adolf Hitler (Waititi at his silliest). But Johannes’ conviction is chipped away when he discovers that his mother (Scarlett Johansson) is hiding a Jewish refugee (Thomasin McKenzie) in their attic. Jojo Rabbit is a one-off: both a sweet-natured, feelgood family farce, and a drama about the degradation of war, the cruel absurdity of extremist dogma, and the possibility of redemption. Available on Prime Video and SkyStore (NB)

New TV – Never Have I Ever

While it might not get points for originality in terms of theme, Netflix’s newest teen comedy, Never Have I Ever, is still a refreshing look at the genre. Despite containing many of the tropes of adolescence on screen – the protagonist betrays her lifelong friends in pursuit of a pretty boy whom she won’t eventually end up with, as she learns the value of deep human connections – this series by Mindy Kaling gets points for finally nailing what diversity should look like. Protagonist Devi is of Indian descent and while being all-American, her heritage is still very much part of her life without taking centre-stage or making her a caricature. She’s an insolent teen of her own accord and because she is struggling with the loss of her father, not because she is trying to break out of a repressive culture – and the same treatment is given to the East Asian, black and disabled supporting characters. Narrated by John McEnroe for no obvious reason, it’s a heartwarming show perfect for a weekend watch. (LW)

While projects like the Isolation Art School on Instagram or Art UK’s Home School offer tips and activities for those stuck at home, images created in response to coronavirus have appeared outside all over the world. They include street art thanking health workers as well as artist-designed public safety announcements and messages of hope and solidarity – like those featuring in a citywide campaign recently launched in New York. And now an outdoors initiative can be viewed online for the first time: London’s first dedicated public art walk, The Line, has just launched an interactive map allowing browsers to take a virtual stroll along the three-mile-long sculpture trail. With works by artists like Anish Kapoor, Antony Gormley and Alex Chinneck (A Bullet from a Shooting Star, pictured), it offers a guided tour through a range of striking installations – as well as the history and wildlife of London’s docklands. (FM)

Take in the sights and sounds of glorious summers in the beautiful English countryside in this warm-hearted but very droll comedy from 2014. Two friends – Andy (Mackenzie Crook) and Lance (Toby Jones) – try to balance their hobby of metal-detecting with their sometimes messy personal lives. Over three series and a Christmas special, the pair dream of finding Saxon gold while bantering with each other in the corner of an Essex field – but the real treasure to be found here is in following their relationship ups-and-downs, which feel truly genuine. That’s largely due to Crook’s beautifully-crafted script of subtle comedy, which is a rare find indeed. Available on Britbox, BBC iPlayer and Amazon Prime Video. (EM)

This is the cartoon that introduced Studio Ghibli’s hand-painted enchantment to the world beyond Japan. Directed by Hiyao Miyazaki, it’s a bucolic, 1950s-set fairy tale about two young girls who are befriended by some magical woodland creatures, including the enormous, cuddly, rabbit-eared Totoro. The girls have moved to the countryside because their mother is sick, so My Neighbour Totoro captures how worrying sickness can be for children. But it also reassures them of the joy to be had from playing and dreaming… and riding in a bus that happens to be a giant cat. Available on Netflix and HBO Max (NB)

Isolation book – The End of October

A staff writer for The New Yorker, Lawrence Wright has published 10 books of non-fiction, including Going Clear, a fascinating insight into the relationship between Scientology and Hollywood, which was made into a film by Alex Gibney in 2015. You’d be forgiven for thinking that Wright’s latest is non-fiction too, but in fact it’s a thriller, whose protagonist is Henry Parsons, an epidemiologist for the World Health Organisation. Sent to investigate the breakout of a deadly disease at an internment camp in Indonesia, Parsons leads a team in a race against time to stop the virus as it spreads across the US. The New York Times describes the novel as “a real if solemn entertainment, a stay against boredom and a kind of offered prayer for the best in us to rise to the surface”, while the New York Post calls it a “page-turner that has the earmarks of an instant bestseller”. (RL)

Fashion fans keen to keep up sartorial standards during the lockdown can be inspired by the Fashion and Textile Museum’s blog, which features some fascinating articles and images. A highlight is a history of the pyjama, which originated during the Ottoman Empire, the word deriving from the Hindi word ‘pae jama’. The garments were adopted as sleepwear in Britain in the late 19th Century, then worn as glamorous beachwear and daywear in the roaring ‘20s. Silk Pyjamas were later favoured by chic stars such as Marlene Dietrich. In the late 1960s, Halston debuted ‘pyjama dressing’, and the pyjama as sleek eveningwear was born. For those wanting to remain elegant at home – while also keeping comfortable – it makes for an inspiring read. (LB)

And if you liked this story, sign up for the weekly bbc.com features newsletter, called The Essential List. A handpicked selection of stories from BBC Future, Culture, Worklife and Travel, delivered to your inbox every Friday. 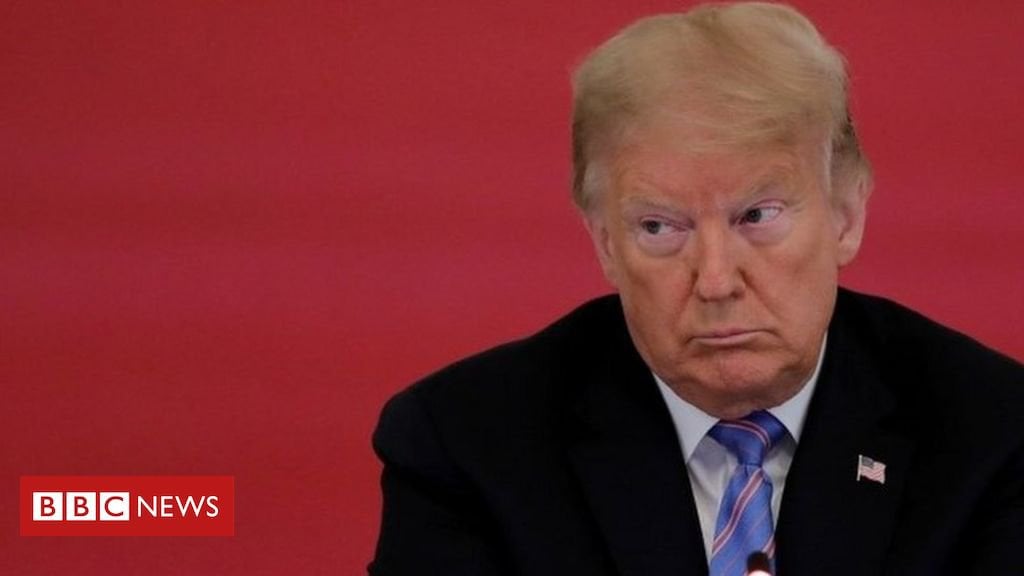 Trump moves to pull US out of WHO amid pandemic

CEO Update: Time to galvanise support for consumer and carer leadership with a new direction for Mental Health Australia