Attachment styles have been studied for many years by many experts. Most often it is found that what your childhood was like determines what type of attachment style you will have. Although there have been many theories of attachment types, the most popular is the one formed by John Bowlby, who was a psychoanalyst who believed that mental health and behavioral problems could be traced back to childhood issues.

It is thought that if a child does not get the security and care needed in their first two years of life, they will likely suffer long-term damage in learning how to form relationships with others. Bowlby even goes so far as to claim that those without that bond can end up with affectionless psychopathy, depression, aggression, limited intelligence, and delinquency.

Those who were neglected or abused as infants are even more susceptible to forming unhealthy attachments. Many adults who were abused as a child end up following the same pattern of abuse with others. They are more apt to be abusive or to be in an abusive relationship and cannot seem to have a healthy relationship with anyone. This is typically thought to be caused by post-traumatic stress disorder, or PTSD.

What is Ambivalent Attachment?

Those with an ambivalent resistant attachment style are usually angry and confused and although they will look for attention, they will not know how to handle it when it comes. They may resist any kind of positive emotions and seem to be more of a loner than others. Although they want the attention, they do not know what to expect because their parent or caregiver was not consistent in their care and emotional involvement when they were a child.

This type of attachment style is usually characterized by those who seem like they do not want any kind of attention at all. They will hold back and not try to get close to anyone because they do not know how the person will react. They may have been abused or just ignored as a baby, leading them to be wary of approaching others to seek out a relationship.

Are You Doomed to Bad Relationships?

If you know that you have an ambivalent attachment style and want to do something about it, that is the first step to forming a healthy and happy relationship. Talking to someone about your feelings is the best way to heal yourself and find a way to change your attachment style. However, many people with this problem have a hard time talking to others about their feelings. This is part of the attachment disorder.

Learning how to open up and talk to others and share your feelings is the only way you can understand them yourself.

What If It’s Not You?

What if it is someone you love who has an ambivalent attachment style? Maybe you are in a relationship with someone who seems to be unsure of what they want, are consistently unable to share their feelings, or just seem like they are uncomfortable with closeness sometimes. Talking to them yourself is the first step to moving forward. If they flat out dismiss the idea and refuse to believe that there is anything wrong, you should probably just let them go. Even if you love them and want to be with them, you may never be able to have a healthy relationship and it is going to hurt both of you.

However, if they understand that they need help and they are willing to try counseling, online relationship counseling is probably going to be the easiest choice for them. Since they have trouble talking about their feelings, being able to do it by text or instant messaging can make things go much better. A lot of people who refuse treatment are afraid to talk to anyone about their emotions. But writing them down may be a simple task that changes the way they look at counseling. Online relationship counseling is easy, can be done at home or anywhere, and you don’t even need an appointment. Contact Regain.us today so you can start to heal. 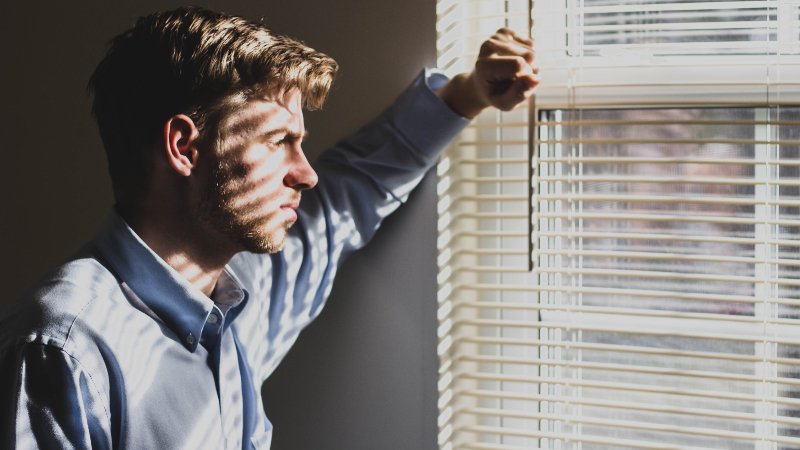 Postnatal Depression in Men: How to Spot It and What to Do About It

Deaths of Despair: The Other Covid-19 Crisis That is Killing Americans

Expert Tips on Getting Into ‘Trad’ Climbing