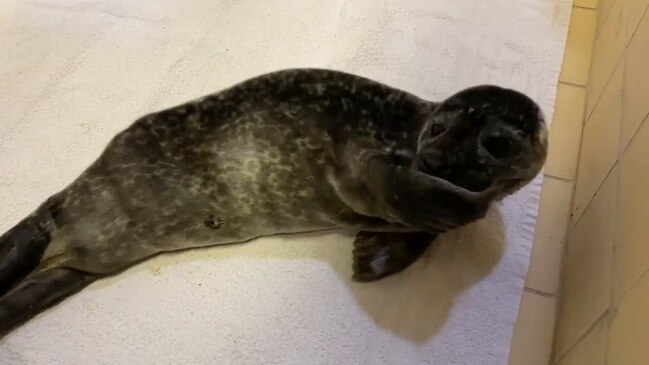 A Scottish wildlife sanctuary has said a common seal pup was rescued after it was found on a Shetland beach on Saturday, June 20. Hillswick Wildlife Sanctuary, the only wildlife sanctuary in Shetland, has cared for rescued seals for the past 30 years, according to its website. In a Facebook post, the sanctuary wrote that the seal was found on Spiggie Beach “looking lost and lonely” by Jane and John Morton. After waiting to see if the pup’s mother was nearby, Jane noticed the seal starting to move inland, “a sure sign that it needed help,” the sanctuary said. This video shows the seal, named ‘Maggie’ by Jane, nestled into the trunk of the Mortons’ car. The sanctuary noted that the seal’s habit of sucking her front flipper showed that she was hungry, but said she was otherwise healthy. She was given rehydration fluid and fish porridge, then fell into a deep sleep, the sanctuary said. Hillswick Wildlife Sanctuary is now home to four rescued seal pups, two males and two females. Credit: Hillswick Wildlife Sanctuary via Storyful