Imagine an Australia where every sporting club in the country had players with autism and intellectual disability playing on teams, serving on committees, and helping run events.

For a long time, Australia’s approach to sport has been to provide ‘special teams’ for these athletes.

But the new head of schools and participation at Special Olympics Australia, Pierre Comis, is working hard to make that model “redundant”.

“We haven’t done well enough at what I call the inclusive model,” Mr Comis said.

As a former director at Sport Australia, Mr Comis was familiar with the pathways driven into Australians.

“We tend to run programs, we tend to find a number of funding sources … purely for a specific demographic,” he said.

“Where I think we’ve definitely dropped the ball is translating some of that investment into meaningful inclusive participation.”

The new pilot program Mr Comis has been brought on for involves students with and without intellectual disability and autism participating in sport together, not apart. Starting in schools.

Photo:
There are 49 Special Olympics clubs across Australia that train once a week. (ABC South East SA: Bec Whetham)

‘An environment where inclusivity is the norm’

Mr Comis’s vision for sport in schools reflected a bigger dream for inclusiveness in society.

“If we get this right with the younger generations in schools, they will become the future in 20, 30, 40 years from now,” he said.

“They will be the next generation of volunteers in community sport, the next range of advocates and supporters of the Special Olympics movement [because] they’ve grown up in an environment where inclusivity is the norm.”

Photo:
Experts say a cultural change is needed to include more people with intellectual disabilities in sport at all levels. (ABC South East SA: Bec Whetham)

Mr Comis said this cultural change would take more than just training some people to lead teams or programs.

“There’s a plethora of marketing and education and behaviour change that has to take place over the long term if we’re going to be truly successful,” he said.

“When a local soccer club is having an annual registration day children with autism or any intellectual disability should be able to just rock up and be treated as an equal.”

While Mr Comis referred to sport as a universal language, social scientist Eduardo Russo called it the “social leveller”.

In 2015, the former University of South Australia researcher piloted a sports program in a special needs school.

The school contacted Dr Russo, who had previously engaged migrants with grassroots sports programs, in a bid to socialise their students at recess.

Photo:
Mr Comis believes sport is the vehicle to inclusion on and off the field, the court, and the track. (ABC South East SA: Bec Whetham)

One parent did not know their son had coordination, another was in tears at their daughter’s eagerness to assist the volunteer coaches.

One child developed a passion for cricket — at the excitement of their parents.

“It’s a social leveller, it’s a language, it’s a common interest that people can share with one another.”

Since leaving the project, Dr Russo has continued to work with inclusive sports programs.

He wished there were more teams embracing players outside the “mainstream”.

“I don’t see anything like that, not at all in fact. There’s a lot of work to be done,” he said.

“It’s very much fear-based and that comes through a lack of education and awareness more than anything,” he said.

“They think they have to do everything differently when in actual fact they probably don’t.”

All that was needed were a “few tweaks”.

“The sort of changes you may make to the way that you coach … will most likely benefit 99 per cent of the other kids who are taking part as well,” Mr Comis said.

“It’s really just breaking things down and simplifying things and taking the time to ensure that they understand and participate.”

For Mr Seiler, and many other coaches in the space, the motivation to lead was personal.

“Seeing my son wanting to do soccer and there’s no actual real avenues for people with disability,” he said.

But he holds on to his “pie in the sky” vision.

“At some stage we could have an actual team that could play alongside say some of the B-grade teams in Mount Gambier. How cool would that be?”

Not all about winning

Mr Comis said a winning mentality was usually to blame for athletes — and parents and volunteers — being wary of bringing inclusivity to their team.

He said, for some, there was still a stigma that players with an intellectual disability or autism would be a “weak link in the chain” and could “get in the way of success”.

Photo:
While competition is important, Mr Comis says other elements have to be valued if sport is to be truly inclusive. (ABC South East SA: Bec Whetham)

He said if Australians viewed sport as more than just winning and losing their sporting communities would be more inclusive.

That’s a chance all players deserved, especially those traditionally shut out from sport.

Special Olympics has had to suspend all club practices because of coronavirus.

Molly Fosters, the 26-year-old goalkeeper on Keith Seiler’s team, cannot wait to get back out on the pitch.

“I was nervous when I first played soccer because I didn’t know who the people were until they introduced themselves and then I got to know them.

“Once I started (playing) I didn’t want to stop,” Ms Fosters said. 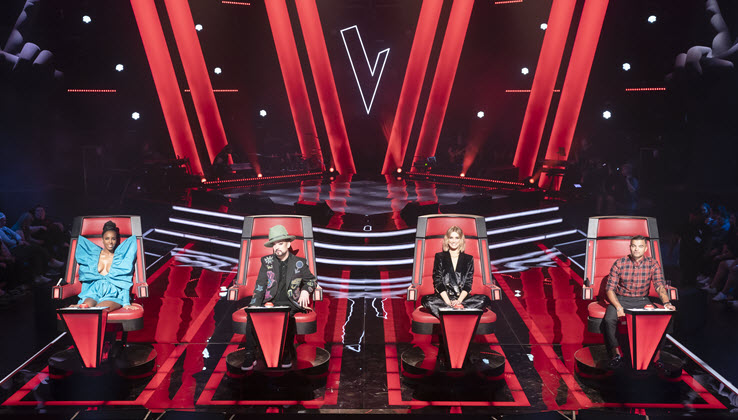 The Voice is getting croaky