It took seven years to grow but less than eight minutes to shear off.

Prickles the sheep disappeared when she was just a lamb, running off from the Dunalley farm she called home when the 2013 bushfires destroyed the boundary fences.

Her owner Alice Gray said Prickles, named after the amount of debris caught up in her seven years’ worth of fleece, was a walking “ball of wool” when she stumbled in on a family picnic two weeks ago.

“When we first found her she was round,” Mrs Gray said.

“It took five adults to corral her and her into the back of the ute because she weighed an absolute ton.”

On Friday, Prickles was shorn for the first time in her life.

“We’ve been guessing at her weight for the last two weeks, wondering at how much it [the fleece] will weigh,” Mrs Gray said.

Mick Daly had the job of shearing away the seven years of growth.

“The wool can be quite a lot denser and thicker and generally harder to shear,” he said.

“I was surprised it only took eight minutes to shear her, I was expecting it to take 10 to 15 minutes.”

Amazingly, Prickles gave up only 13.6 kilograms of shorn fleece — nowhere near the record belonging to Chris the merino in Canberra, which tipped the scales at more than 41 kilograms.

“I thought actually it would be a lot denser than what it is … it was probably better quality than I expected from a sheep with that much wool,” Mr Daly said.

Mrs Gray was also surprised by the yield of fleece and its quality.

“It was lighter than we thought, but it’s very soft, fluffy wool, but the bulk is still quite amazing,” she said.

While the yield of fleece may be somewhat underwhelming, the money and awareness Prickles has raised for refugees has been anything but.

More than 200 people from around the world joined a competition to guess the weight of her fleece, donating more than $12,000 for the UN Refugee Agency.

“When we caught Prickles, we were joking that she was an expert at social distancing and then we were thinking about people in the world right now that don’t have the luxury of that … we looked up refugee camps and there can be up to 1,300 people sharing just one tap,” Mrs Gray said.

“We wanted to do something to help, so we found the UNHCR , which is the United Nations’ refugee charity, and all this money is going to them and it’s going to make a big difference to people who can’t socially isolate like Prickles.”

‘We wish Prickles nothing but the best’

UNHCR Deputy High Commissioner Kelly Clements recorded a special message for the Gray family from her base in Geneva in Switzerland.

“We heard the story of Prickles who has safely returned to her home in Tasmania. We are delighted about this and we are also delighted to hear the news that the fundraiser that Alice is organising is to benefit UNHCR and the work that we are doing in many countries around the world for millions of refugees and displaced people who are fleeing war, persecution and conflict,” she said.

“Thank you for your generosity, thank you for reaching out and caring about others, including refugees, and Alice we wish Prickles nothing but the best.”

After her long awaited return and mammoth fundraising effort, Prickles has cemented her status as a celebrity sheep, earning herself a very comfortable retirement in a paddock at her Dunalley farm.

Victorian traveller in quarantine hotel after flying to Tasmania without exemption 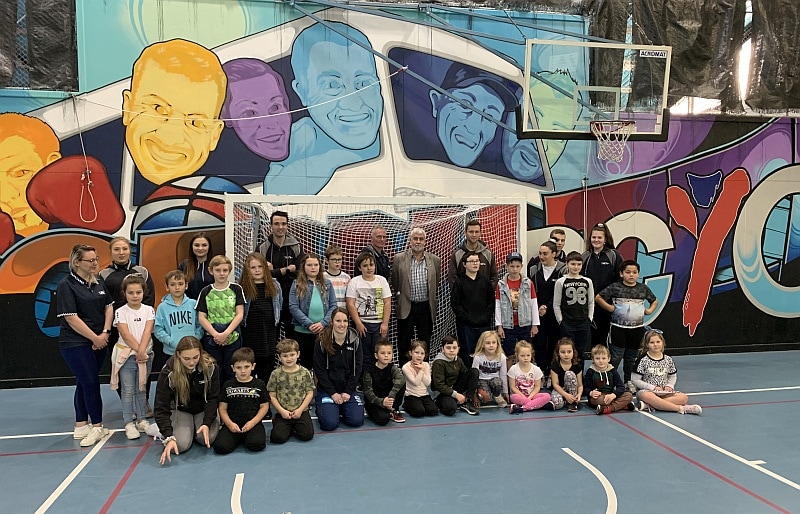