Gai Waterhouse and Adrian Bott were the leading Group 1 trainers during the Sydney autumn carnival and they continued their big-race winning spree at Rosehill Gardens.

They were the leading Group 1 trainers during the Sydney autumn carnival and their big-race winning spree continued when Dawn Passage destroyed his rivals in the Group 3 $160,000 Blacktown Workers Hawkesbury Guineas (1400m) at Rosehill Gardens.

Their autumn carnival to remember isn’t confined to Sydney either as 15 minutes after Dawn Passage’s win, stablemate Sacramento won the Listed $160,000 VRC St Leger at Flemington.

Stream over 50 sports on-demand with KAYO SPORTS on your TV, computer, mobile or tablet. Just $25/month, no lock-in contract. Get your 14-day free trial and start streaming instantly >

“We are not finished yet, either,’’ Waterhouse said. “Dawn Passage will go to the Inglis 3YO Guineas next (Rosehill, May 16) then we will look at Brisbane.

“He could be a Stradbroke Handicap horse but I have a feeling he might be looking for further. I will talk it over with Adrian and see what he thinks. But we have always had a big opinion of Dawn Passage and he was absolutely dynamic today.’’

Waterhouse was watching from home as Dawn Passage ($8) zoomed away to win by nearly three lengths from St Covet’s Spirit ($11) with Icebath ($8.50) a close third.

Bandersnatch, who would have run as $5 favourite, was scratched at the barriers just moments before the start when it was discovered he had a wound to a hind leg.

But it was her first Hawkesbury Guineas since forming a training partnership with Bott and continued their extraordinary autumn that yielded four Group 1 wins with Farnan (Golden Slipper), Con Te Partiro (Coolmore Classic, Coolmore Legacy Stakes) and Shout The Bar (Vinery Stud Stakes).

Bott said Dawn Passage appreciated getting back on top of the ground.

“He has a devastating turn of foot and we were able to see that today,’’ Bott said. “Being able to step up to the 1400m meant Adam (Hyeronimus) was able to have him that little bit closer in the run whereas over the 1100m-1200m, he has been taken too far out of his ground.

“He travelled well today. I’m not sure if Adam was able to get cover down the back there at all, if he hasn’t it has been a very impressive victory.”

Hyeronimus, who has had a breakout autumn carnival after winning his first Group 1 on Shout The Bar last month, said Dawn Passage was trapped three-deep which added even more merit to the win.

“It was touch and go early on, pulling off the perfect ride, but James McDonald’s horse got a little bit keen and I wasn’t able to coax him to the fence so I was left three-deep,’’ Hyeronimus said.

“But he is such a relaxed colt, he got into a rhythm and, once I clicked him up before the turn, he really picked up the bridle and I felt like the winner from there onwards. Hopefully, he can knock off a few more of these races and then progress on to something more down the track.

“At the moment, I think it’s important for him to find the right races, on the right tracks, and have things fall into place for him. If we can keep winning with him, he is going to keep building confidence. He is a nice colt and he’s going the right way.”

St Covet’s Spirit, trained by Jason Coyle, continues to improve every start and is getting close to winning a feature race.

“Her run was full of merit,’’ he said. “We will take her home and see how she comes through it. We’ve obviously got the Scone meeting but I hadn’t looked past these three runs.

“With Queensland a little bit harder to do now, at this stage it may take that out of the equation but I’m leaving most doors ajar at the moment and we will see how she comes through today.”

NO TIME FOR SWEET EXIT

It’s becoming a recurring theme in Sydney this autumn, the glamour horse retiring with a narrow loss as In Her Time was collared right on the line by Sweet Scandal in the Group 3 $140,000 Killahy Equine Hawkesbury Crown (1300m) at Rosehill Gardens.

Trainer Chris Waller said Sweet Scandal had been overdue for a change of luck.

“Well-deserved (win), it’s as simple as that,’’ he said. “If you go through her ­career and particularly this preparation, she has just had bad barriers one after another.

“Even today wasn’t much better but good jockey, good horse and a good result. Glen Boss never panicked and that’s true to his style. He saved a bit for a very eye-catching finish.”

Boss timed his finishing run superbly as Sweet Scandal ($14) burst through the pack to deny the retiring dual Group 1 winner In Her Time ($3.40 favourite) a fairytale win by a neck with Dyslexic ($9) a long head away third.

Sweet Scandal scored her seventh success and her first at Group level after a string of stakes placings. Boss said Sweet Scandal “has been desperate to win a (good) race’’.

“She has just been one of those horses that has been ­unlucky,’’ he said.

“But she trialled up really good on Monday. I got the opportunity to be on her in the trial and I was just begging to be on her (Saturday).

“I wouldn’t say I was confident of winning but I was confident of her running very well and saying ‘oh, gee the draw has cost her again’. But she really wanted that. I felt that over the last quarter, I could just feel her wanting the line.’’

A week after Pierata was run down in the final stride by Tofane in the Group 1 All Aged Stakes, In Her Time ended her career with a brave loss under topweight of 60kg.

“But today’s race proves it is the right time to retire her.

“I think 12 months ago, she would have found the length she needed to win.

“She tried hard but couldn’t quite get it done. At least she goes out on a good performance. She has been a wonderful mare.’’

NUMBERS STACK UP FOR SPIRITUAL CREW

Since Adam Carney’s father passed away, there has been a constant in his life – the number 11. “Anything significant that happens to me, 11 seems to come up,’’ Carney said. “It’s a spiritual number, a guiding number. But it’s hard to talk about it because people might think you are nuts.’’

In numerology, the number 11 is a “master number” which signifies intuition, insight and enlightenment. When paired together, 11 11 is said to be a “clear message from your spirit guides and the universe to become conscious and aware”.

There is another essential element to this story and it began 30 years ago.

Greg Hickman had been training a small team in the bush at the time when he was offered an opportunity to work for a big city stable at Warwick Farm.

Hickman accepted the job, knowing his life was changing forever. As he watched his hometown of Gunnedah disappearing in his rearview mirror, Hickman glanced at his clock on the car dashboard. It read 11.11am.

As fate would have it, these two men were lunching on the Gold Coast two years ago, the day before the Hickman-trained Pierata, part-owned by Carney, was due to contest the rich Magic Millions 3YO Guineas.

“I asked Greg if Pierata would win when he said, ‘I have something to tell you, I’ve got a thing with number 11’,’’ Carney said. “My wife, Tayla, thought this was a gee-up and she said, ‘You two have spoken about this before’.

“I told Tayla I swear we haven’t and then I told Greg I had the same issue with number 11.’’

And when Pierata ran away with his only Group 1 win, the 2019 All Aged Stakes, it was 11 years after Carney’s father, Phil, had died from a heart attack, aged just 61.

Carney recalled that “everything seemed in synch” going into the Magic Millions Guineas two years ago.

“It was like nothing could go wrong that week,’’ Carney said.

“I remember we were staying at this hotel and they let me park in the same spot each morning because we were going to trackwork at 4am.

“Then I would drive back to the hotel at 5.30am but one morning there was a car in my spot with the number plates ELVN ELVN – abbreviations for Eleven Eleven.’’

Earlier that same week, Carney and Hickman had purchased a Fastnet Rock yearling at the Magic Million Sale.

With everything that was happening in Carney’s life – and Hickman’s – when it came to naming their yearling purchase, there was an obvious choice – Eleven Eleven.

There was even a certain synchronicity about the purchase of the yearling.

“I was the under bidder for the horse but he wasn’t sold on the day,’’ Carney said.

“As the day progressed I hadn’t bought a horse and when I got back to my hotel, Tayla asked what happened and I said I haven’t bought anything. I opened the catalogue and came to the page with the Fastnet Rock yearling and I kept saying to myself I should have bought it.

“Tayla said to ring Greg back and tell him I wanted to buy the horse. I rang Greg and asked if he could contact the breeder and tell him I’m happy to pay $250,000 for his yearling.

In the week that Pierata was retired to stud, Hickman and Carney are hoping Eleven Eleven might be their next top-class galloper.

“When you train a horse as good as Pierata, it only makes you hungrier to find the next one,’’ Hickman said. “Eleven Eleven is no Pierata but he keeps improving.’’

Hickman admitted he is still “hurting” after Pierata was narrowly beaten by Tofane in his farewell race, the All Aged Stakes at Randwick last Saturday.

“I knew I had done everything to the best of my ability to get Pierata there a winner,’’ Hickman said. “I couldn’t have done anymore. His work in the two weeks leading up to the race had been unbelievable.

“The other horse just got a softer run from the better barrier and got us late. Pierata was a wonderful horse, always tried his best.’’

Carney said Pierata provided proof, if any was needed, that Hickman is “a magnificent trainer.”

“I’ve known Greg since I was a kid and my Dad always had a big opinion of him,’’ Carney said. “When Dad passed away, I rang Greg and said we have a few horses for you to train. Greg said: ‘About time you found my number!’

“But Greg did a great job with Pierata and the horse ran out of his skin last week. He gave it his all, did everything he could.

“He left it all on the track, typical Pierata – he has never run a bad race. It wasn’t the fairytale ending but he went down swinging.’’

Pierata has provided Carney with memories to last a lifetime and now the owner is hoping Eleven Eleven can continue to improve after his seventh in the Hawkesbury Guineas.

My interview with the owner lasted nearly half an hour before I thanked him for his time and wished him the best of luck.

Carney then sent me a text with a screen shot. The call had ended at precisely 11am! 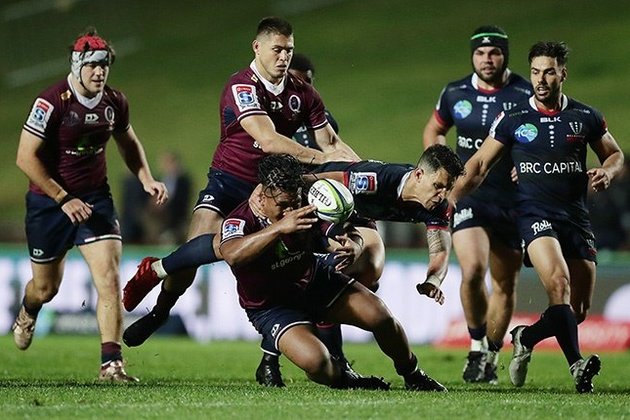