A woman has been stabbed multiple times during what Northern Territory Police have described as a “ferocious attack” at a Darwin home.

The woman was taken to Royal Darwin Hospital and is in a stable condition.

A 32-year-old man was arrested on Wednesday afternoon in the Darwin city. He has since been charged with attempted murder and remanded in custody.

Northern Territory Police officers were called to the suspected domestic violence incident at Bagot community in Ludmilla just before 4:00am on Wednesday.

“Police attended and located the victim and ascertained she suffered multiple stab wounds to various parts of her body,” he said.

He said she was in a serious condition before being taken to hospital where she underwent surgery.

“It was a fairly ferocious attack and there was a fair disturbance there,” he said.

He said the suspected offender was known to the victim and had initially fled the area but was found by police.

Police investigators were still at the scene early Wednesday afternoon and were seen inspecting the roof of a house in the Bagot community.

Last month a 15-year-old boy died after he was allegedly stabbed in the chest in the same community.

Sergeant Evans said the two incidents were not related, and he was not concerned about rising crime in the area.

“There’s no correlation between the two … they are two isolated incidents,” he said. 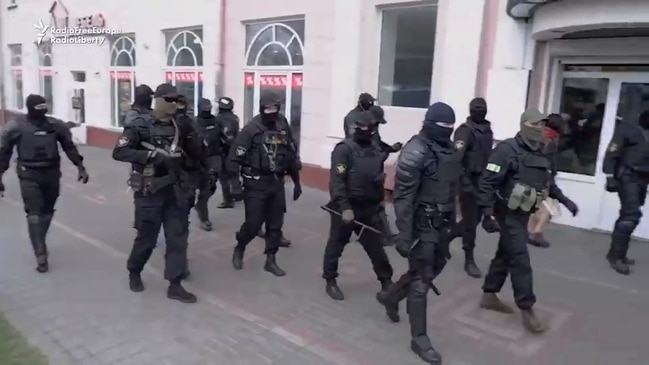