Communities living close to South Australia’s border with Victoria will face tighter rules while restrictions on gatherings in SA homes will be eased under changes to COVID-19 conditions announced by the Police Commissioner Grant Stevens yesterday.

Stevens also confirmed that a range of venues – including gyms, shopping centres, cafes, food courts, places of worship and licensed premises – will be required to have a clearly identified “COVID marshal” on premises from August 21. This will be a “visual reminder” to patrons to comply with social distancing and other hygiene measures.

A previous cap of 10 people in private homes will be lifted to up to 10 visitors, in addition to those who live in the home, to a maximum of 20. Other non-licensed gatherings will be capped at 100.

“Close border communities” will also face much tougher restrictions on travel to South Australia from Victoria, also from August 21.

Stevens said people previously able to move between Victoria and SA for shopping, education, employment or medical care will no longer be able to do so without having successfully applied for approval.

“People who currently have an approval to enter for employment or education, providing or receiving support or obtaining food, petrol, medical or other supplies will not be able to enter South Australia from Victoria,” he said.

They will have to apply for approval under essential travel requirements.

There will be some exemptions for students who are studying years 11 or 12 or farmers whose properties span the border.

Earlier in the day, Premier Steven Marshall said Stevens, who is also the state’s emergency coordinator would make an announcement within the next 24 hours regarding a “logical tightening” of restrictions in aged care facilities.

These include limiting the movement of workers across multiple sites and forcing people to wear face masks while visiting nursing homes.

“We’ve got to constantly look at the restrictions that we have because we know that we have vulnerable communities in those high-density arrangements,” Marshall said. 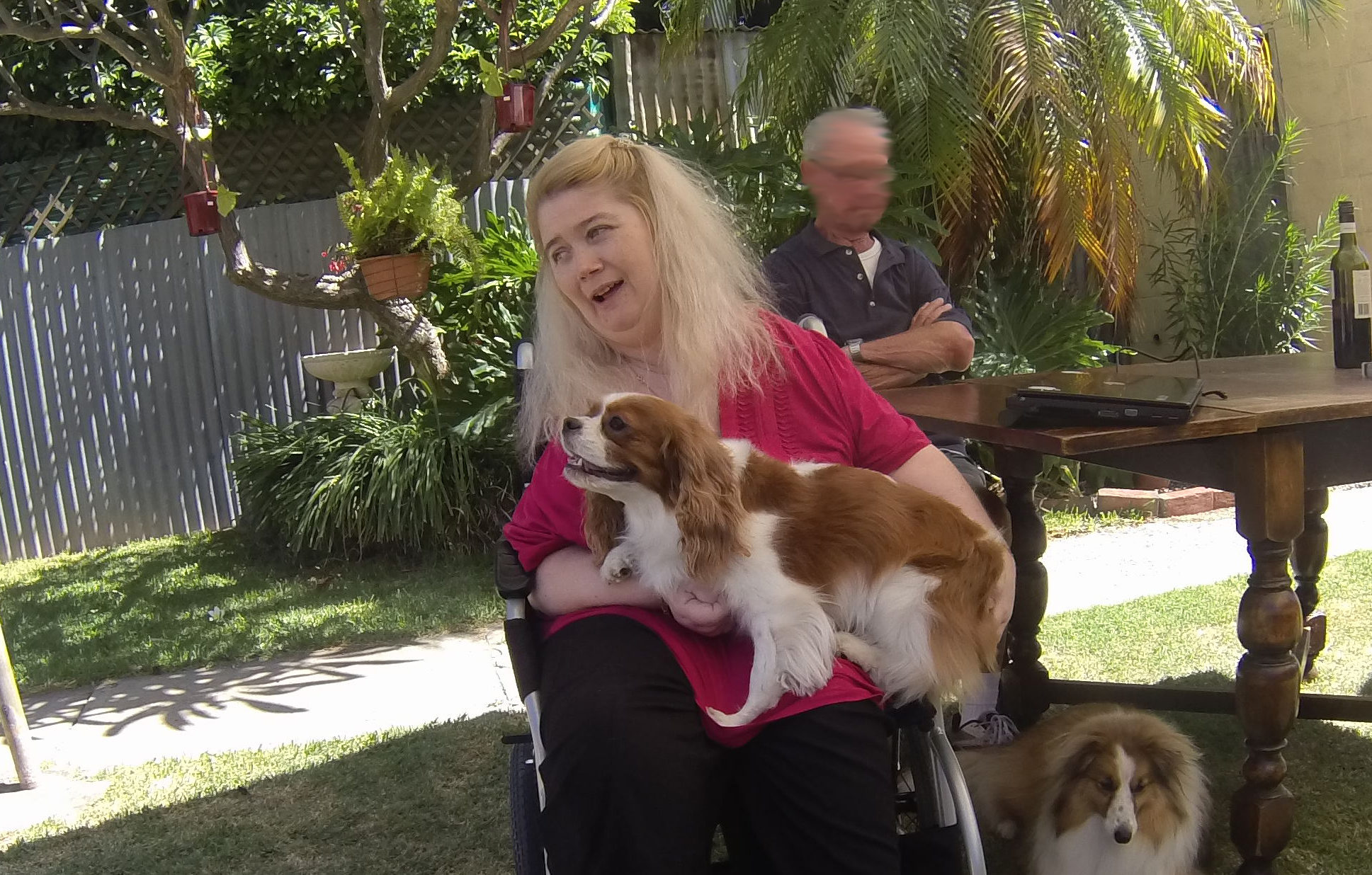 The company responsible for the care of Adelaide woman Ann Marie Smith when she died has had its registration revoked by the NDIS Commission.

The commission has been investigating NDIS provider Integrity Care since the 54-year-old died in hospital in April from septic shock, multiple organ failure, severe pressure sores and malnourishment.

Integrity Care took two weeks to report her death to the NDIS Commission.

The provider was slapped with a $12,600 fine over its failure to notify the commission within 24 and hours been banned from operating.

NDIS Quality and Safeguards Commissioner Graeme Head said Integrity Care was advised early in June of the commission’s intention to revoke its registration and to ban it from operating over several contraventions of the National Disability Insurance Scheme Act 2013 (NDIS Act).

“There are very clear requirements under the NDIS Act as to how the NDIS Commission takes compliance actions … This includes giving ample opportunity for the party subject to these actions to respond,” he said in a statement on Wednesday.

The revocation of Integrity Care’s registration will take effect from tomorrow (August 14), while the ban will come into place from August 21.

The commission’s investigation into Integrity Care is ongoing and further regulatory action may be taken if necessary.

A carer for the disabled woman, Rosemary Maione, 69, was last week charged with manslaughter over Ms Smith’s death. Maione was sacked from Integrity Care in May.

The full COVID-19 impact is yet to play out on Adelaide’s office market with latest figures showing only a slight rise in vacancies.

The Adelaide CBD office market vacancy increased marginally from 14.0 to 14.2 per cent, which the Property Council said was mainly due to supply additions.

The city had 11,530sqm of new commercial office space come online in the six months to July 2020.

A-Grade office stock was again the most popular asset class, with vacancy dropping from 11.3 to 10.8 per cent.

Office vacancies are calculated on whether a lease is in place for office space, not whether the tenant’s employees are occupying the space or working from home.

Property Council SA Executive Director Daniel Gannon said upward pressure on vacancy rates caused by COVID-19 would not be seen until at least next year.

“Adelaide has demonstrated over the past six months that it is a comparatively safe, healthy and resilient capital city, with a growing number of competitive national advantages,” he said.

Australian CBD office vacancies increased from 8.3 to 9.5 per cent over the six months.

Today’s jobless figures predicted to be worst in 22 years

Economists expect Australia’s unemployment rate to hit to jump to 7.8 per cent – a 22-year high – when the latest jobs figures are released at 11am this morning.

Number crunchers anticipate today’s labour force report to show a 30,000 increase in the figure of those employed in July.

But it is unlikely to be enough to prevent the July unemployment rate rising from 7.4 per cent in June

Westpac economists expect the jobless rise to be fuelled by a greater number of people seeking work.

The Reserve Bank predicts the unemployment rate to hit 10 per cent by the end of this year and still be around seven per cent in two years.

Central bank governor Philip Lowe will be grilled on this outlook when he faces federal politicians on Friday.

Rising unemployment and the first recession in nearly 30 years is expected to further depress wage increases in the months ahead.

The June quarter wage price index released on Wednesday grew by just 0.2 per cent, the slowest rate since the Australian Bureau of Statistics began collecting the data in 1997.

Russia says the first batch of what it claims is the world’s first COVID-19 vaccine will be rolled out within two weeks and has rejected as “groundless” safety concerns aired by some experts.

The vaccine, called “Sputnik V” in homage to the world’s first satellite launched by the Soviet Union in 1957, has yet to complete its final trials and some scientists said they feared Moscow may be putting national prestige before safety.

Scientists from Germany the United States and Britain have queried the wisdom of approving the vaccine before testing is complete.

“It seems our foreign colleagues are sensing the specific competitive advantages of the Russian drug and are trying to express opinions that in our opinion are completely groundless,” Health Minister Mikhail Murashko said the day after President Vladimir Putin announced it had won regulatory approval.

Officials have said that the vaccine, developed by Moscow’s Gamaleya Institute, would be administered to people, including doctors, voluntarily in the final trial. Mass roll-out in Russia is expected to start in October.

The Moscow-based Association of Clinical Trials Organisations (ACTO), a trade body representing the world’s top drugmakers in Russia, had urged the health ministry to postpone the vaccine’s approval until the final trial had been completed.

“It’s the ambition, the desire to be first in a field in which, unfortunately, Russia cannot vie for a top spot,” executive director Svetlana Zavidova told Reuters.

“Our task is now to warn the population because we so far don’t understand how they (the authorities) are going to carry out mass vaccination.”

Final trials, normally carried out on thousands of participants, are considered essential in determining safety and efficacy. Only about 10 per cent of clinical trials are successful. 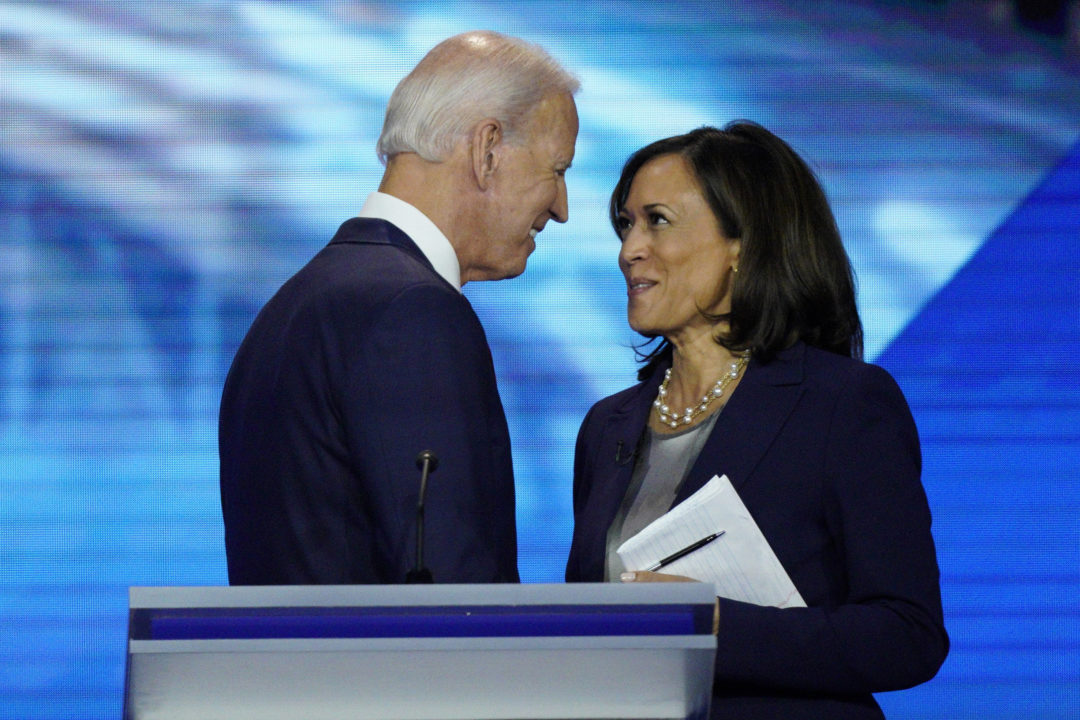 Joe Biden’s selection of Senator Kamala Harris as his running mate in November’s presidential election provides a brand-new target for President Donald Trump’s re-election campaign that has struggled to find an effective line of attack against his Democratic rival.

Within minutes of Biden’s announcement on Tuesday, Trump had called Harris “nasty,” “horrible” and “disrespectful,” while his campaign painted her as an extremist who would yank the moderate Biden to the left.

But there is little evidence at the moment that suggests that the public views Harris, a former California prosecutor and attorney general with strong ties to the Democratic establishment, as a radical.

In fact, she’s more liked by Republicans than Biden, according to a Reuters/Ipsos poll conducted on August 10-11, just before she was announced as Biden’s pick.

More concerning for Trump: Attacks that could appear sexist or racist against the first black woman on a major party ticket in US history could complicate his campaign’s effort to shore up his standing among suburban women, a critical voting bloc he must win back to get re-elected, strategists on both sides say.

Already, leading Democratic women warned against a replay of Trump’s match-up in 2016 with then Democratic presidential nominee Hillary Clinton, who was subject to gender-based critiques as the first female presidential candidate.

“If he wants to use misogynistic tropes against Kamala Harris, I think that is deeply challenging for him,” said Neera Tanden, a top aide to Clinton during her presidential bid. “He has no room for error with suburban women.”

Biden and Harris were expected to make their first public appearance together as a team overnight.

New Zealand Prime Minister Jacinda Ardern is considering deferring the country’s September 19 election due to the return of COVID-19.

Ardern postponed the dissolution of Parliament – poised for Wednesday – back to Monday, buying time to consider the decision.

In the meantime, her government is focussed on responding to the country’s first outbreak in three months, and all parliamentary parties have paused their campaigning.

“We’re in the first 24 hours of a response to resurgence. Our immediate focus has been that,” Ardern said yesterday.

“We’re giving ourselves the room to fully consider the implications of a move of (the election) date and what we find out about what resurgence we’re seeing.”

Eight confirmed or probable cases have been identified in south Auckland in the last 36 hours, resulting in a 60-hour lockdown of New Zealand’s biggest city.

Opposition Leader Judith Collins has called for an 11th hour deferral of New Zealand’s election, which is due before November 21.

Ardern has earmarked a cabinet meeting on Friday for a discussion about a potential election move.

Three people have been confirmed dead after a train derailment in eastern Scotland.

The train’s driver and conductor are among the fatalities, while six people have been taken to hospital with a range of injuries.

Dark smoke billowed from the stricken ScotRail train at the bottom of a narrow valley near Stonehaven, just south of Aberdeen, after it came off the tracks.

Two air ambulances and about 30 emergency service vehicles could be seen in a field just above the site of the derailment, which appeared to be difficult to access.

Stonehaven and the surrounding area had been hit by floods in recent days and some reports suggested a landslide may have played a part in the derailment, although that was not confirmed by the authorities.

Finals dream over for Adelaide United

The win puts Western into sixth place – level with Adelaide United on 36 points but with a vastly superior goal difference (+10 to -5).

Adelaide has played all their 26 games while Western has two games to come.

The Reds drew their final game of the A-league season against second-placed Melbourne United 2-2 on Tuesday night to put them three points clear in sixth.

The Reds have been one of the form teams of the competition since the A-League restart, winning two and drawing three under interim coach Carl Veart.

The Bureau of Meteorology is predicting an 80 per cent chance of showers for Adelaide today with falls of up to 4mm and winds northwesterly 25 to 35km/h.

Yesterday’s forecast rain did not arrive in earnest with only 0.2mm falling at the airport in the past 24 hours.

– with AAP and Reuters