Major Projects process a major problem in the making

Residents Opposed to the Cable Car (ROCC) has made an extensive submission to the consultation process over the Gutwein Government’s Major Project Bill. Consultation closes tomorrow despite calls for a deferral due to the current State of Emergency, as has happened with the development of the Government’s poker machine policy.

Key issues with the Major Projects Bill include:

“This is a fast-track, shortcut approval process tailor-made for complex, controversial projects that would struggle to make it through a proper assessment and approval process,” said Vica Bayley, spokesperson for ROCC.

“This is bad legislation that sidelines the community and existing planning rules to prioritise the interest of developers. It removes any recourse for legal challenge and will lead to both bad development decisions and increased community conflict. The Major Projects Bill should be abandoned.” 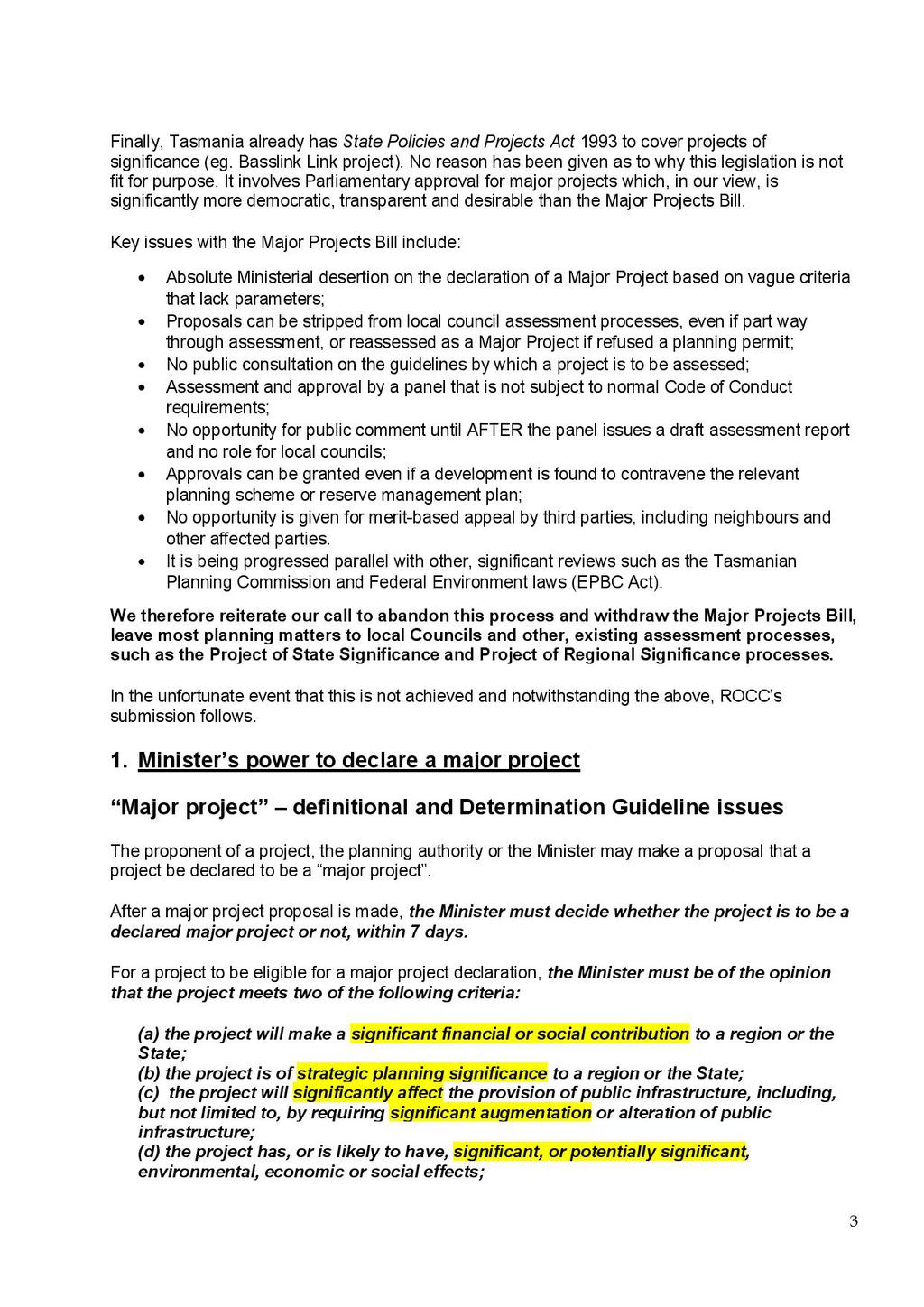 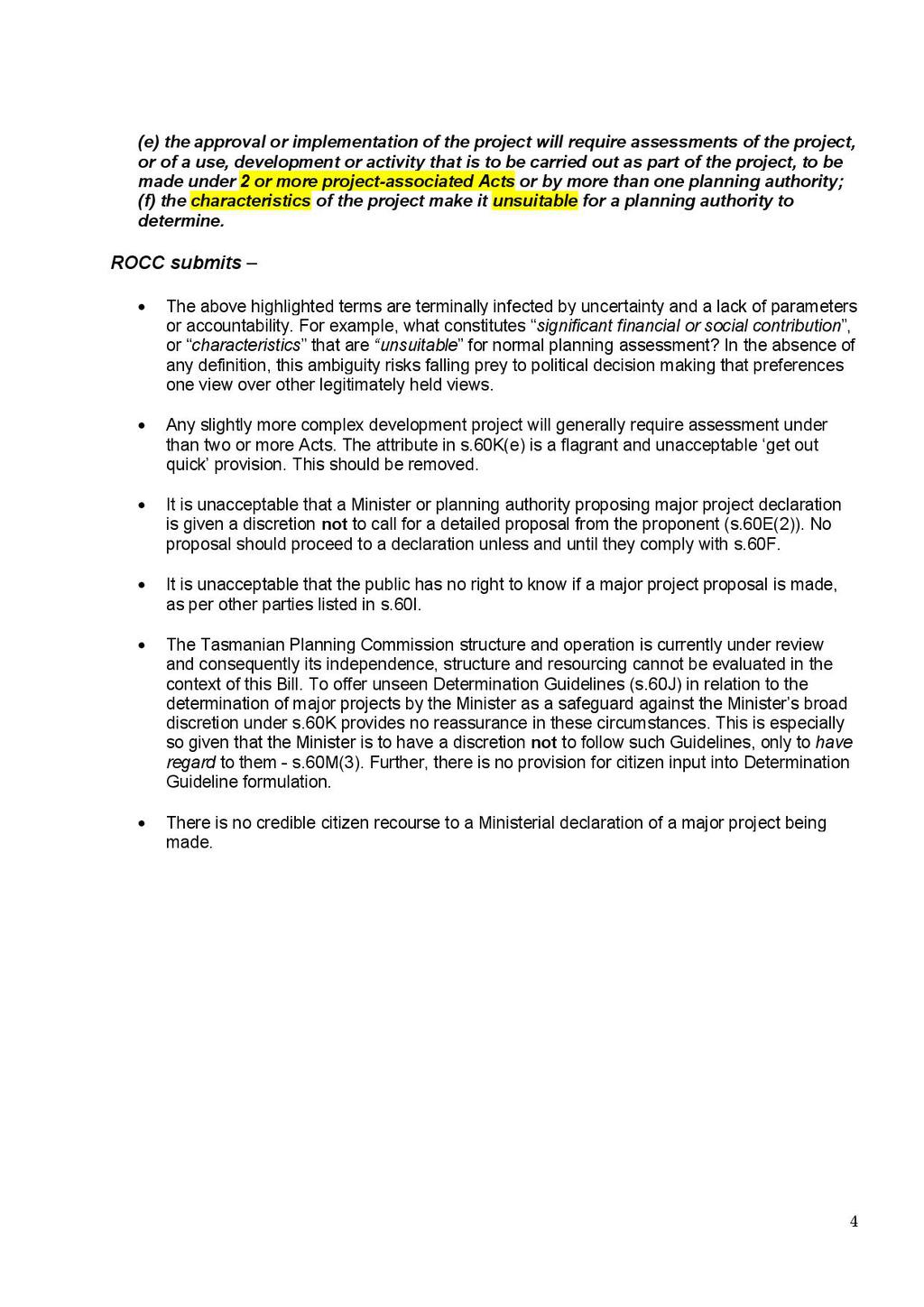 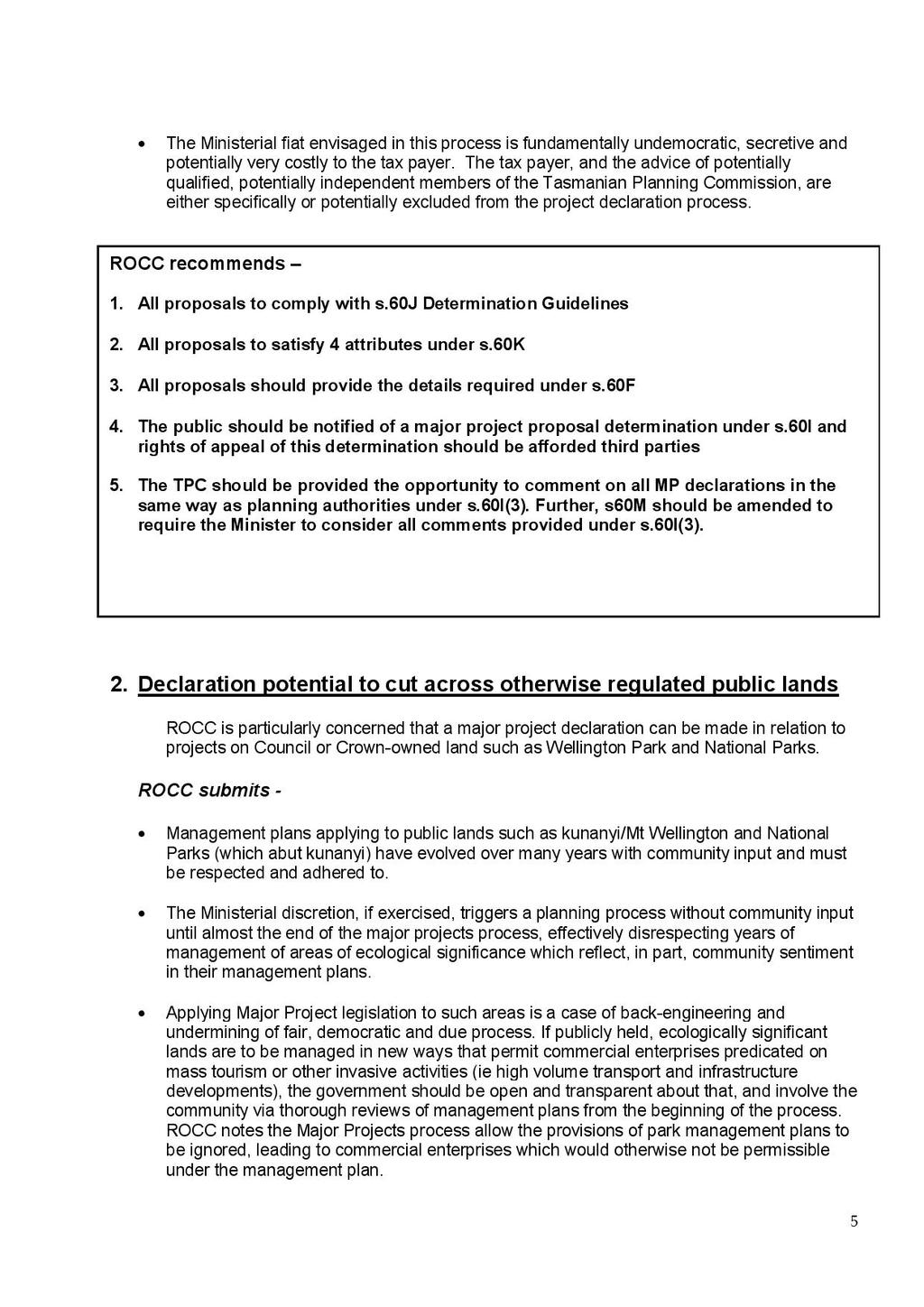 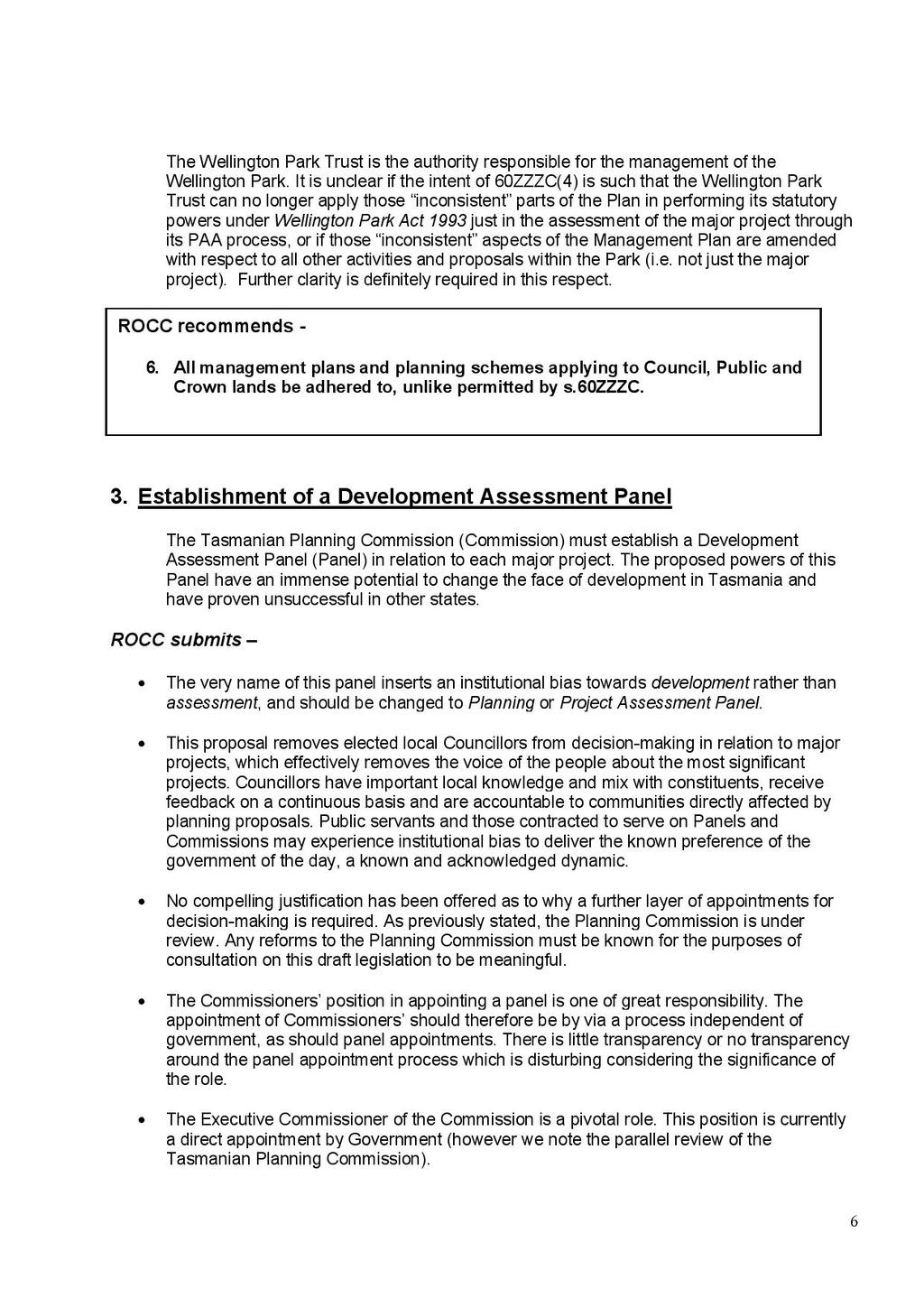 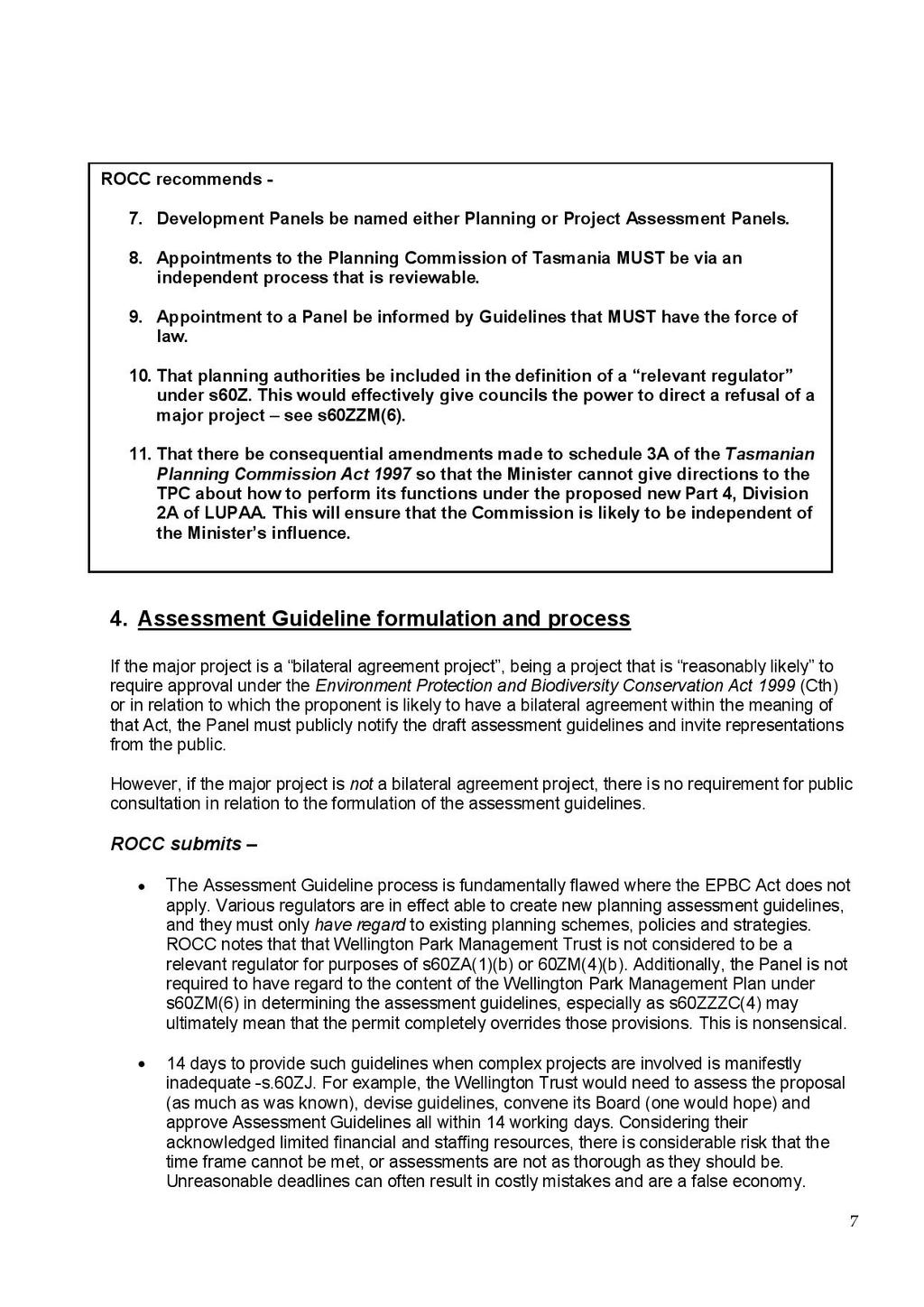 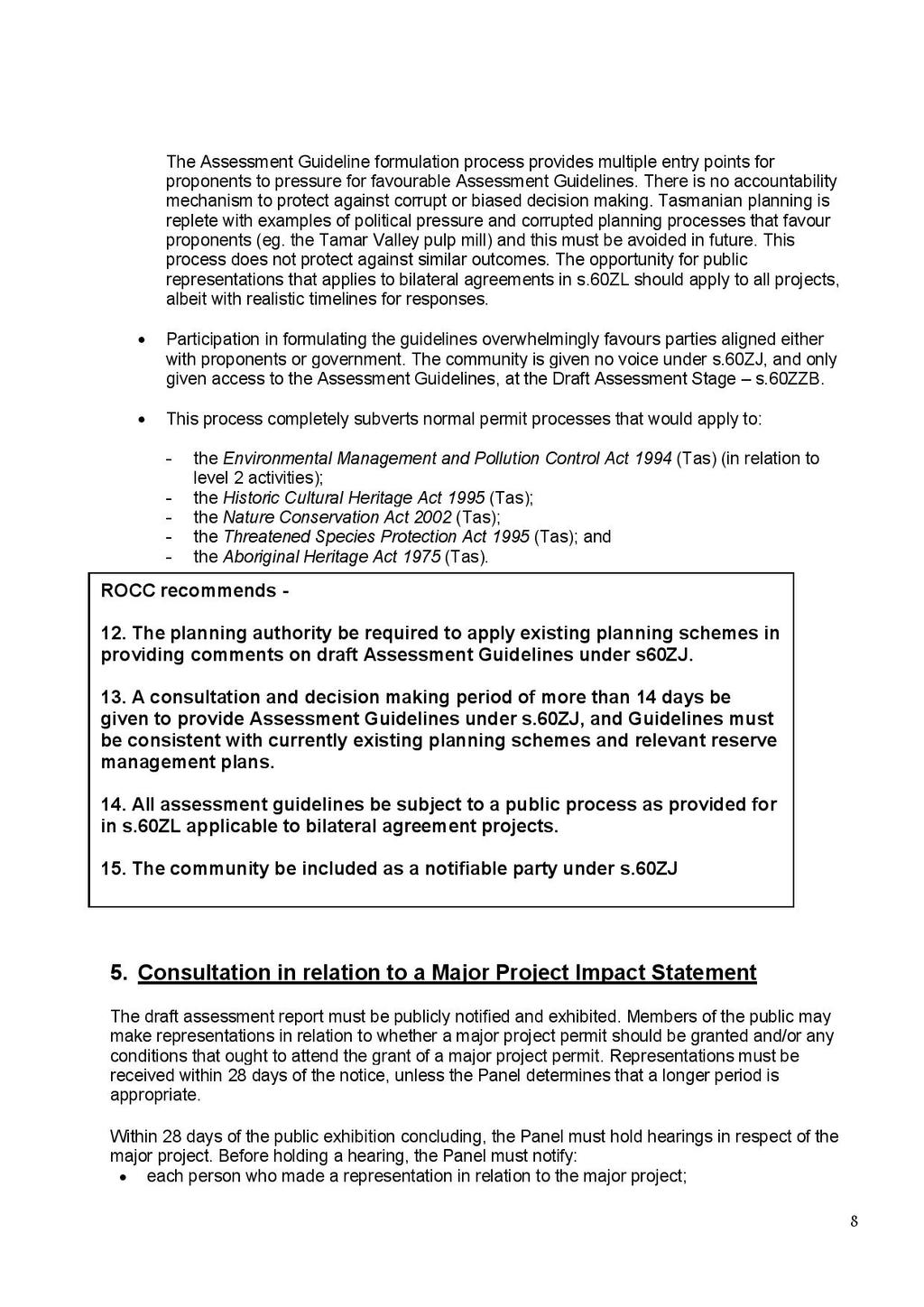 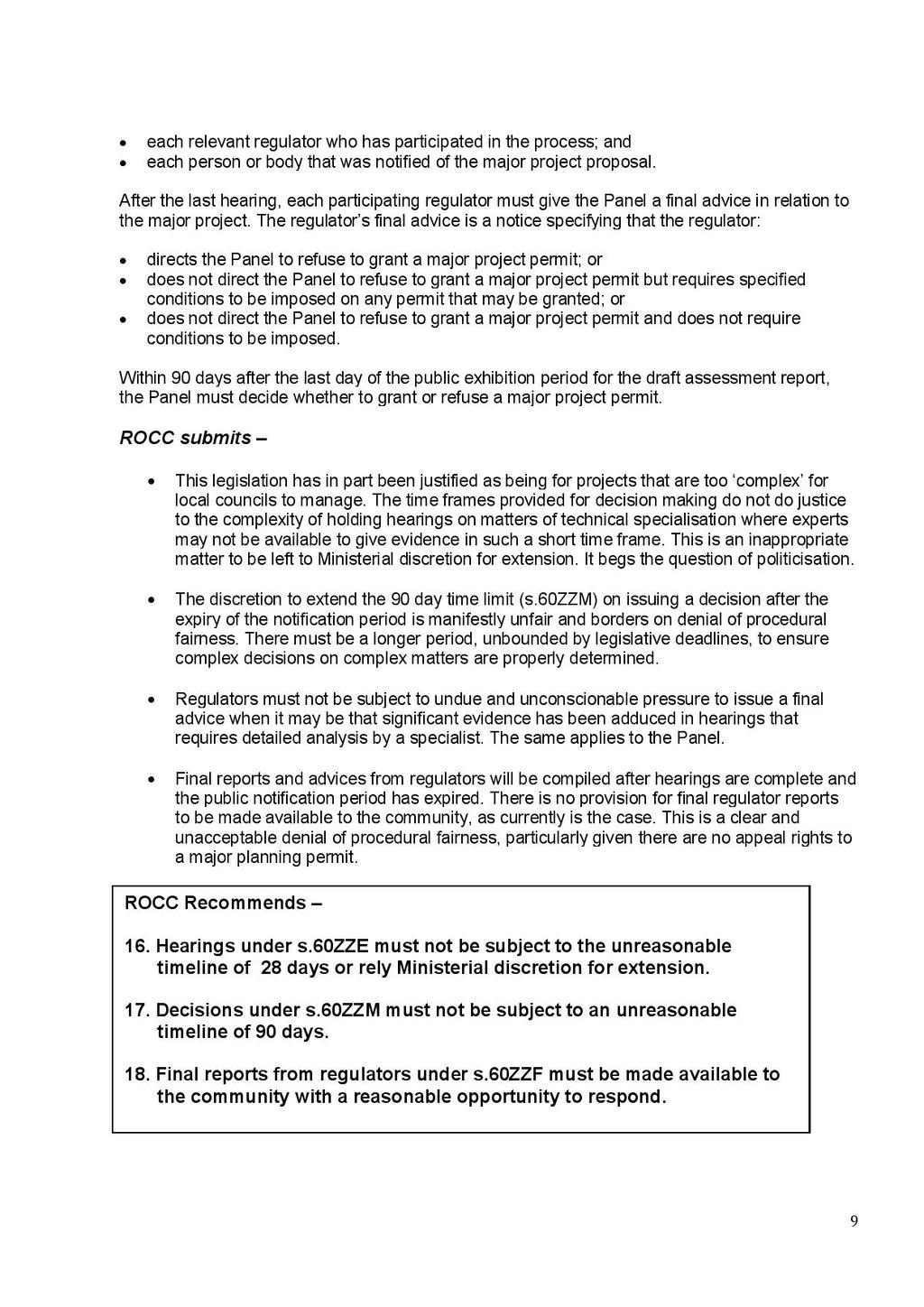 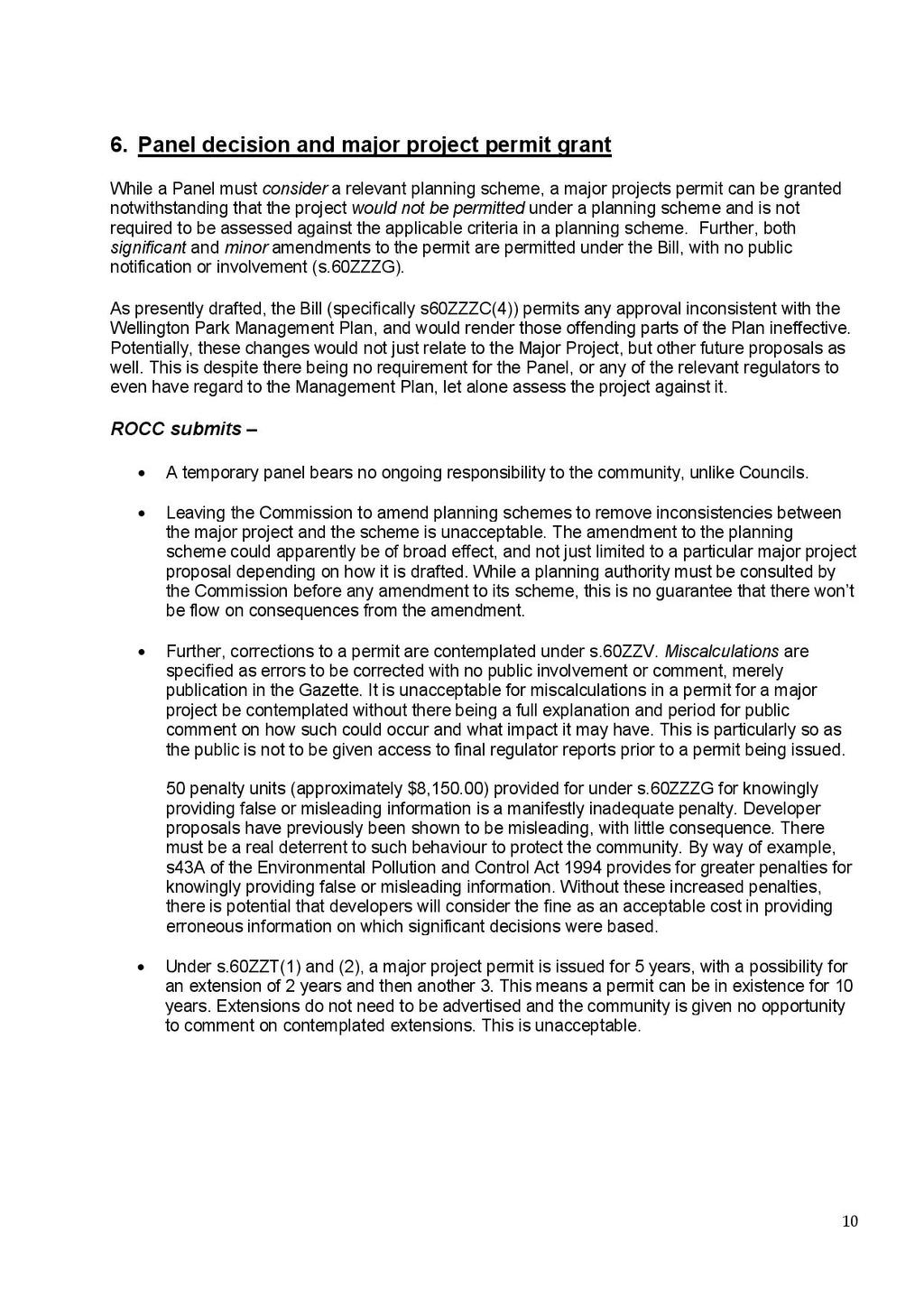 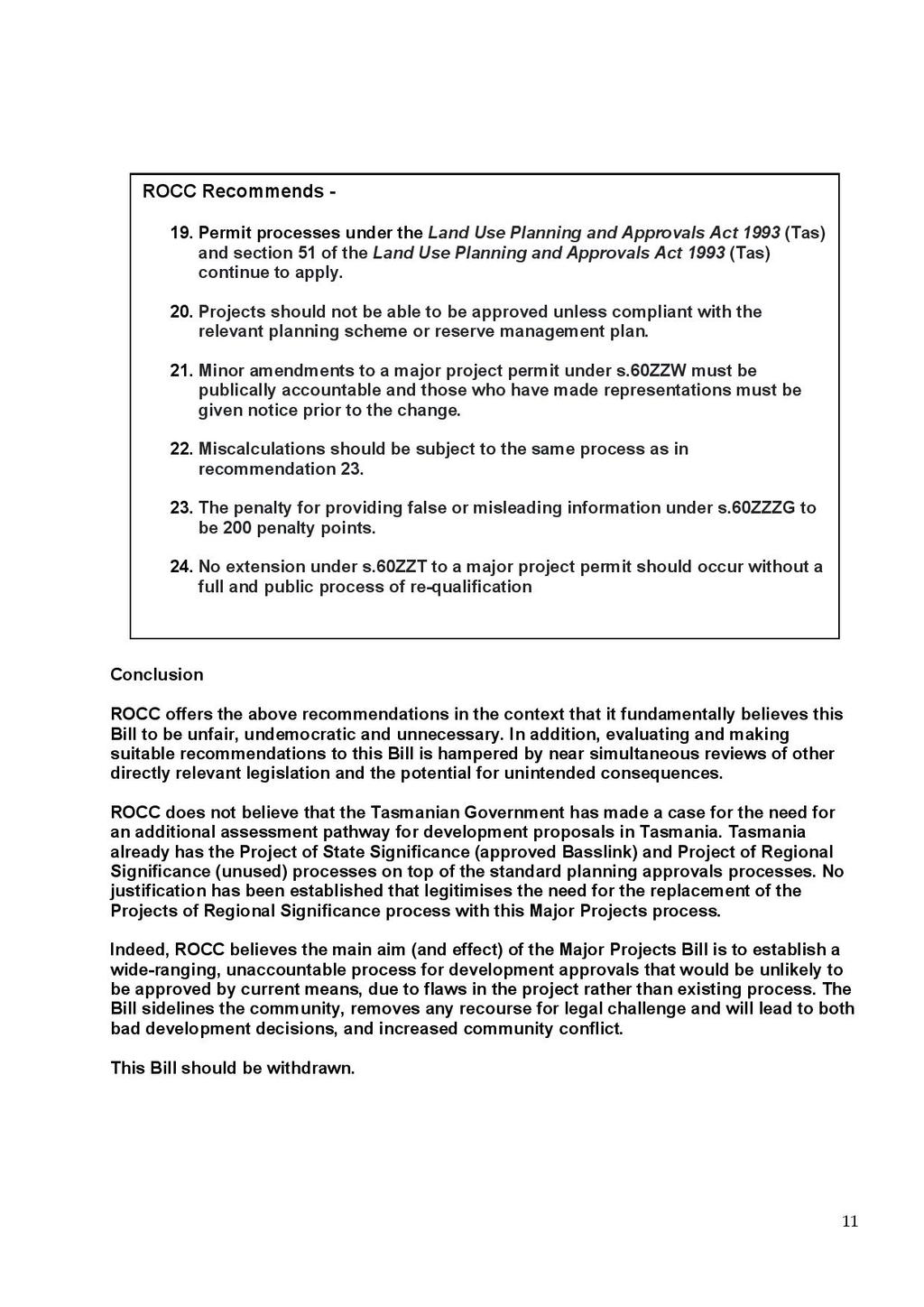