NEW DELHI: The special cell of Delhi Police has arrested a Chinese woman and a Nepalese man, besides freelance journalist Rajeev Sharma, and claimed to have busted an espionage ring. All three have been booked under the Official Secrets Act (OSA) for allegedly passing sensitive information to Chinese intelligence.

The special cell has claimed that information on army movements, defence acquisitions, foreign policy and Dalai Lama was conveyed to the Chinese intelligence in lieu of money that was routed to Sharma through shell firms and hawala channels. “The arrested Chinese woman, Qing Shi, and her associate, Sher Singh alias Raj Bohra, were working for two Chinese persons, whom they have identified as Jhang Chang and his wife, Chang-li-lia,” said DCP (special cell) Sanjeev Yadav.

Jhang and Chang-li-lia — who are believed to be associated with China’s ministry of state security —were running two companies, namely MZ Pharmacy and MZ Malls, under assumed identities of Suraj and Usha, investigations have revealed. The two are at present in China and the arrested Qing and Singh were running the firms (as directors) from Mahipalpur on their behalf. So far, the police claim to have traced 10 transactions worth Rs 30 lakh from the shell firms to Sharma.

“During the search of the house of Sharma in Pitampura, we have recovered a laptop, some confidential documents related to Indian defence and some other incriminating documents which are being examined,” said DCP Yadav, adding that Qing and Singh have been found supplying Sharma huge amounts of money routed through hawala channels. An intelligence agency had tipped off Delhi Police about Sharma’s alleged links with some foreign intelligence officials, claiming that he had been receiving funds from his handler through illegal means and the Western Union money transfer platform for conveying sensitive information, which concerned national security and foreign relations. An FIR under OSA was registered and Sharma was arrested after a preliminary enquiry.

During interrogation, Sharma is claimed to have disclosed his involvement in procurement of sensitive information and conveying them to his Chinese handlers, codenamed Michael and George, based in Kunming, China, through different digital channels. He was allegedly in the process of sending some similar documents to his handlers but was caught before that.

Yadav explained how Sharma was allegedly recruited by the Chinese. “During 2010-2014, he wrote a weekly column for Global Times, widely known as a mouthpiece of the Chinese government. After reading those columns, Chinese intelligence agent Michael contacted Sharma through his LinkedIn account and invited him to Kunming for an interview with a Chinese media company. The entire trip was funded by Michael. During the meeting, Michael and his junior, Xou, asked Sharma to provide inputs on various aspects of India-China relations,” said Yadav’s statement.

In January 2019, Sharma came in contact with George, who too is based in Kunming and is believed to be associated with an intelligence unit called Strategic Support Force, which works under People’s Liberation Army. When Sharma allegedly went to Kunming via Kathmandu to meet him, George was introduced as general manager of a Chinese media company.

During the meeting, George is said to have asked Sharma to write/inform about Dalai Lama-related issues. For this, he was allegedly offered 500 dollars per article. George told Sharma that they will send him money through his company’s sister concern based in Mahipalpur, Delhi, which was being operated by a Chinese woman, Qing Shi.

Sharma allegedly received more than Rs 30 Lakh from George in about 10 instalments between January 2019 and September 2020 for the information provided by him. He had more meetings with George in Malaysia and Kunming.

“Forensic analysis of the seized mobile phones and laptops is being conducted to unearth the entire network and conspiracy in this case. Identities and roles of other foreign nationals involved in the conspiracy are also being ascertained,” said Yadav.

Lockdown over but not coronavirus threat 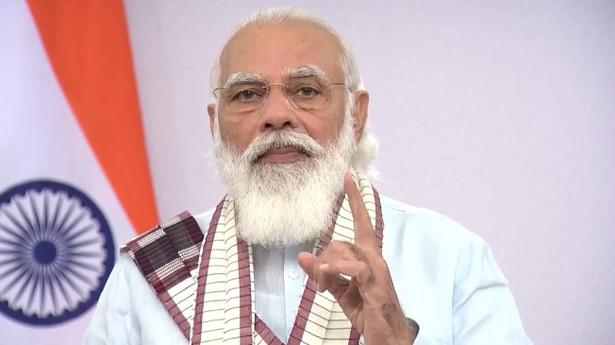 Live updates | Don’t lower your guard until there is a vaccine: PM Modi