WASHINGTON: US President Donald Trump announced on Monday night that he will sign an executive order to “temporarily suspend” immigration into the United States, citing “the attack from the Invisible Enemy, as well as the need to protect the jobs of our GREAT American Citizens.”
The cryptic tweet convulsed prospective immigrants and immigrant families in the US and immigrant hopefuls across the world who aspire for the so-called American dream, making the country the most powerful demographic magnet in the world. The United States admits about 1.1 million legal immigrants into the country every year, more than any other country. About 600,000 are new arrivals and about 500,000 are status adjustments of people already in the country.

In light of the attack from the Invisible Enemy, as well as the need to protect the jobs of our GREAT American Citi… https://t.co/4eufzv6Ng9

Coronavirus pandemic: Live updates
Although Trump’s tweet indicated the order he is considering would be temporary, critics saw the move as part of a gradual tightening of legal immigration into the country to freeze the demographic changes, which many Republicans see as being electorally disadvantageous to them while favoring Democrats. A majority of new immigrant citizens have a Democratic persuasion and the Democratic Party itself is more diverse and immigrant-heavy.
Some others saw the move as Trump playing to his white conservative base in an effort to distract them from the messy economic situation the US finds itself following the coronavirus pandemic. “This action is not only an attempt to divert attention away from Trump’s failure to stop the spread of the coronavirus and save lives, but an authoritarian-like move to take advantage of a crisis and advance his anti-immigrant agenda,” Texas Congressman Joachim Castro tweeted.

This action is not only an attempt to divert attention away from Trump’s failure to stop the spread of the coronavi… https://t.co/vi5OamXzYb

Others expressed concern that Trump was unfairly maligning immigrants and diminishing their frontline role during the pandemic. In fact, reports suggest that more minority and immigrant front-line responders are dying of coronavirus than native-born population. “President Trump now seeks to distract us from his fumbled Covid-19 response by trying to put the blame on immigrants. The truth is many immigrants are on our front lines, protecting us as doctors, nurses, health aids, farmworkers, and restaurant workers,” said New York Democrat Jerry Nadler.
Some critics also noted that far from immigrants bringing coronavirus to the US, the rest of the world feared Americans now, given that the US hosted the most cases in the world. Some recent cartoons have shown Mexicans building a wall on the southern border to stop Americans. Even if the virus came from outside, it has spread more widely and rapidly in the US than any other country and it is too late to shut the barn door.
More on Covid-19

“This is really funny, considering the corona death rate in the US is THREE TIMES anywhere else in the world. NOBODY is beating down the door to come here,” read one snarky tweet responding to the US President.
In any case, with few flights into the United States and no protocol about how travel and tourism would be resumed, much less the immigration process, no one is coming into America just now or is being processed for immigration, with the whole process functionally shut down. The White House has closed both the northern border with Canada and southern border with Mexico for all except essential workers, without whom the US would be toast. Tens of thousands of Mexicans commute from across the border each day for agriculture, construction, and manual labor, while Canada supplies US with health care workers.
Indeed, immigration forms the backbone of the US economy and constitutes the foundation of the country itself. The US foreign-born population reached a record 44.4 million in 2017, and although today’s immigrant population share of 13.6 per cent remains below the record 14.8 per cent share in 1890 during the height of the immigration boom, many white conservatives fear that the US is being fundamentally changed by 21st century immigration from non-white countries.
It’s time to mask up and stay safe: Join TOI’s #MaskIndia campaign
Trump himself is reported to have expressed marked preference for immigration from European countries such as Norway, even as he has shown hostility towards reporters minority reporters amid his general antipathy towards journalists who do not met his idea of fairness. 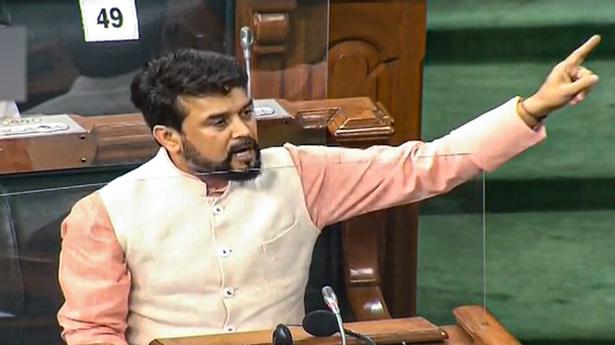