While the rest of the country is reporting only a handful of daily cases — with most of those imported — Xinjiang has this week recorded dozens of new infections. On Thursday, the region reported 14 new cases, taking its total active caseload to 197, according to China’s National Health Commission.

It’s the country’s biggest coronavirus cluster since more than 180 infections were reported in the capital Beijing in June.
All the recent cases were detected in Kashgar’s Shufu County, in southwestern Xinjiang near the border with Tajikistan and Kyrgyzstan. According to state media, the fresh outbreak began on October 24, when a 17-year-old female tested positive “during the county’s routine nucleic acid testing, a measure introduced in August in Xinjiang to improve Covid-19 alert timeliness.”

“The local government and Xinjiang at large launched emergency responses immediately, with medical teams and work teams in and outside of Xinjiang sent to the county and the prefecture for support,” state news agency Xinhua reported.

By Tuesday, Xinhua said, all 4.74 million people in the greater Kashgar region had been tested for the virus. Similar mass testing and emergency responses have been launched in other parts of China whenever outbreaks pop up, and so far have appeared to be effective in stemming any renewed nationwide spread of the virus.

The Xinjiang outbreak has raised eyebrows, however, given the heavy surveillance and security prevalent in the region, and the drastic response the government enacted earlier this year.

During China’s initial outbreak, Xinjiang was subjected to strict lockdown measures on par with those imposed in the city of Wuhan — the original epicenter of the virus — despite having reported only some 70 cases and three deaths. When the regional capital Urumqi suffered an outbreak in July, authorities launched a strict lockdown, canceling flights, inspecting markets and restaurants, and testing residents.

Despite this, and despite much of the rest of the country avoiding renewed outbreaks, Kashgar has seen infections spread quickly, mainly through a garment factory in Shufu County’s Zhanmin Township where the teenage patient’s parents work.

On Thursday, Xinjiang officials said the factory at the heart of the latest outbreak employed 252 workers and produces leisure and sportswear, which they added was set up as part of a plan to “help villagers find jobs and increase their income.”
Factories and businesses based in Xinjiang have faced allegations of forced labor and poor conditions in the past. Last month, the United States issued new import restrictions against Chinese companies it accuses of using slave labor, including products from suspected mass prison camps in the region.

Adrian Zenz, a leading expert on the Chinese government’s policies in Xinjiang, said the factory at the heart of the latest outbreak was emblematic of those used for “coercive labor training,” a purported poverty alleviation program targeting “so-called rural surplus laborers.”

In a report last year, Zenz, citing official documents, noted how rural workers who previously relied on a mix of farming and odd jobs have been forcibly retrained for low-skill work in factories across Xinjiang, a system he said contains “significant amount of involuntary aspects.”

Zenz said that while the “poverty alleviation” program was technically separate from the internment camps and the forced labor system, many such factories also took advantage of workers from the camps, “making it virtually impossible to distinguish labor involving higher coercion from that potentially involving less coercion.”

“Xinjiang has so many facilities that pack together people in crammed spaces and facilities, from prisons to detention centers to re-education camps to factories,” Zenz told CNN. “The factories especially are a setting where diseases are hard to control, because you have an even greater flow of persons.”

Unlike in July or during the initial stages of the pandemic, Chinese authorities do not appear to be locking Xinjiang down or dissuading travel, after promoting the region heavily as a tourist destination during the Golden Week national holiday in early October.
According to Xinhua, “for residents in other parts of Xinjiang, life and work go on generally as usual with necessary epidemic control measures in place.”

The news agency quoted users on the Twitter-like service Weibo “reassuring visitors (to) Xinjiang about the limited contagion risks outside Kashgar.” One user said “Xinjiang is so large that you can just take necessary prevention measures, relax and have fun.”

Speaking to CNN, one recent visitor to Kashgar expressed surprise at the recent outbreak, given the tight controls and surveillance she experienced while traveling there for a vacation.

“I was shocked and also baffled. The overall travel experience … felt very strict in terms of both virus control and security,” Greta Xu said, adding she was required not only to display her health status — a standard infection control check in China — but also a detailed travel history when entering hotels and even gas stations.

“We would be reminded by (security forces) on the streets to wear a mask. Theoretically it should be really safe,” she said. 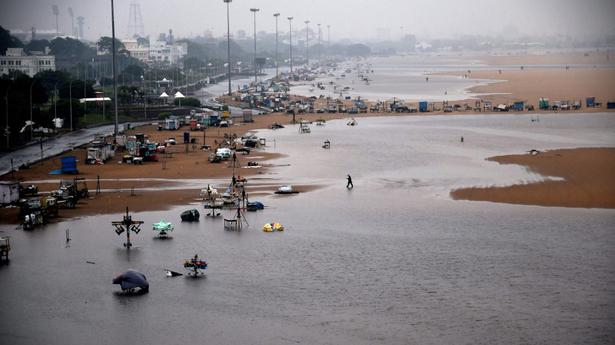