It was the kind of sunset that only happens once every few years, drawing Nova Scotians outside or to their windows as great blooms of pink and orange and gold heralded the end of one of the most emotional days in provincial history.

At the time, many people were getting ready to light candles, in small, private vigils to the people killed in a violent weekend shooting rampage through the countryside. Then the sky changed.

“As we’re getting ready to do that, the sky just became brilliant,” says photographer Len Wagg, one of many who captured images of the sky to post online.

“I think nature has a way of telling us that there is hope.”

Different viewpoints of that brilliant spring sky flooded social media as a province of people, united in mourning but stuck at home as the coronavirus pandemic rages, struggle to comfort each other. With a population of just under a million, the small province is famous for its coastline and its close-knit community. The refrain heard frequently in recent days is that while most people might be connected by six degrees of separation, in Nova Scotia it’s just one.

But the challenge they face now is unprecedented. How does a community begin to heal when everyone is alone?

There are now 22 confirmed victims in the weekend’s shooting rampage, including a police officer, a beloved teacher, a retired firefighter and multiple members of several families. Police continue to investigate 16 crime scenes related to the attacks in several small towns throughout northern and central Nova Scotia.

But like most places around the world, Nova Scotia remains under public health guidance to stay home and away from others. The small Maritime province announced its 10th death related to COVID-19 on Tuesday, as the total number of confirmed cases rose to 737.

“I mean, we’re used to going to a home, walking in and giving a hug. Sitting down with them, holding their hand. Asking if there’s anything that can be done. All that’s gone now,” said MLA Larry Harrison. Even funerals and services are banned, and while plans are underway for virtual vigils, to him, it’s just not the same.

When it comes to grieving during coronavirus, “there’s no playbook,” says Nova Scotia Sen. Stan Kutcher, who is also a psychiatrist. “It will be invented as we go, because people are inventive and we will figure out ways to do this differently.”

Dr. Robert Strang, the province’s chief medical officer of health, acknowledged during his daily COVID-19 news conference Monday that it would be “hard for people to hear” reminders about the need for physical distancing in the aftermath of the killings.

“COVID-19 is not going to pause because of our pain — we cannot let our guard down,” Strang said.

But mourners are finding a way.

Quentrel Provo, an anti-violence and gun control activist in Halifax who founded Stop the Violence, Spread the Love, led a virtual candlelight vigil Monday night, opening with a prayer, a moment of silence and a reading of victims’ names during a Facebook livestream.

Provo said it was emotionally tough to lead the event, which he set up to offer some hope as Nova Scotians feel overwhelmed by the pandemic and the weekend’s shocking violence.

“A lot of tears have been shed. I know myself, I’ve cried a lot in the last few days,” he said in a telephone interview Tuesday.

Another virtual vigil is planned for Friday evening, which Prime Minister Justin Trudeau said he would attend.

A memorial with flowers and tributes sprung up outside RCMP headquarters in Dartmouth this week to honour Const. Heidi Stevenson, who was killed in the line of duty.

But Stevenson’s funeral will look different from those held for slain officers at other points in Canadian history — like the regimental funeral for Fredericton police constables Robb Costello and Sara Burns in August 2018 that was attended by hundreds of police officers and first responders from across the continent.

Never miss the latest news from the Star, including up-to-date coronavirus coverage, with our free email newsletters

He said such events are always uniquely tragic and challenging, but there are possibilities available during the pandemic, such as livestreaming and inviting guests to park along roadways.

“There are ways in today’s day and age to honour the fallen,” he said. “It’s just in a different format.”

In Portapique, the small town where police first responded late Saturday to reports of shots fired, Cees van den Hoek is hoping to revive a traditional place of solace. The owner of a local antiques store, he bought the town’s old church building when it was decommissioned over a decade ago, but recently had been using it mostly for storage.

Van den Hoek, who knew many of the victims or bumped into them on occasion in the tight-knit community, has spent the last day placing flowers outside the church and building racks for condolence cards. He’s inviting people to mail cards or notes for the victims and their families and he’ll post them at the church, where people driving by will be able to see the cards, too.

The challenge is in making sure it doesn’t become an excuse to gather. Van den Hoek said at one point a few vehicles stopped by the church and he felt uneasy until they moved on.

“It can’t become a meeting place. As much as everyone would like to, we just can’t,” he said. “I don’t want to have an outbreak because of this.”

But Van den Hoek hopes it will be a small way for people to feel like they can still show their support publicly, and begin to grieve.

“It just seemed like the right thing to do.” he said.

Sen. Kutcher, who is also a psychiatrist and professor emeritus at Dalhousie University, says the most important part of dealing with tragedy is the support of family or community, however that community is defined.

But there’s no question that there is a hard road ahead, in a world where you can’t reach out to hug a grieving neighbour.

“For millennia, the capacity for human communication has included face to face and physical contact. It starts when we’re born and is reinforced all through our lives,” he said.

He recommended that people take advantage of their digital spaces to find new versions of community, and to get creative about reaching out to others.

“People are incredibly inventive in times of misfortune,” he said. “My guess is that the long standing tradition of dropping off a pot of chili or a fresh pie will continue.”

“But when you do that — please make sure you keep your distance.”

With files from The Canadian Press and Steve McKinley 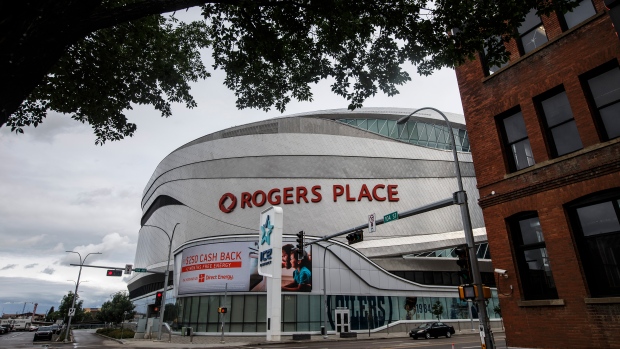 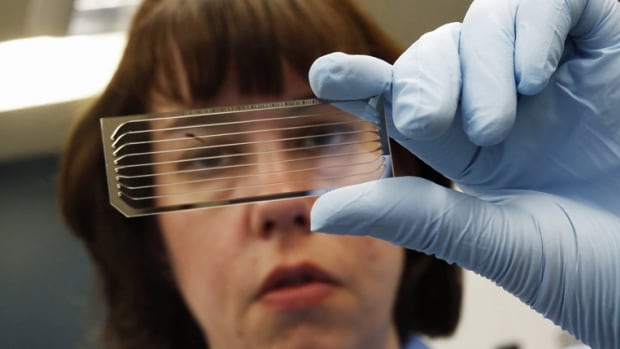 Supreme Court to rule on constitutionality of genetic non-discrimination law

Report to AIMCo board on $2.1B in volatility losses calls for culture change