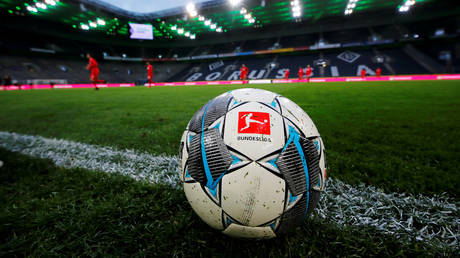 Plans for the top two tiers of German football to return next weekend remain in place says the league’s CEO, despite the entire squad of Bundesliga 2 club Dynamo Dresden being quarantined for the next two weeks.

Dresden’s playing staff was sent home and told to remain in self-isolation after two members of the squad tested positive for coronavirus, meaning that the club are not in a position to play their fixture against Hannover on May 17 and against Furth a week after that.


This measure was taken not on the basis of advice from German football chiefs, but from local authorities tasked with mitigating the spread of the outbreak and Christian Seifert, the Bundesliga chief executive, says that the Dresden situation doesn’t impact their plans to resume play.

“For the second division that means at the moment that from 81 games, two Dynamo Dresden games can’t be played,” Seifert said to German media.

One potential solution would be for Dresden to play three games in the span of a week, though there are obvious drawbacks to this once you consider that the team would be undergoing what would be a very physical series of games with almost no training beforehand.


“It is only hypothetical to talk about what would happen if the same thing happens to other teams,” he added. “A lot of teams are being tested for the third of fourth time and now we have the special case of Dresden.

“Just because they have to go into quarantine for 14 days does not mean we have to question the continuation of the second division.There is a number [of postponed games] that means it is not possible to finish the season but what that number is I cannot say. That depends on how many teams are affected and how much time is left to finish the season.”

France attack: another knife, another church