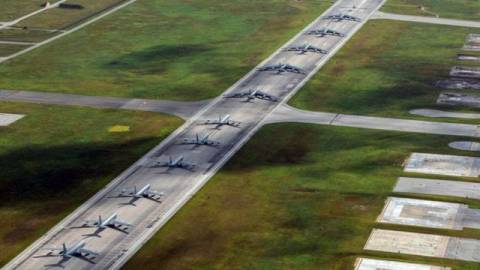 B-52s lined up at Andersen Air Force Base

“I have instructed the United States Navy to shoot down and destroy any and all Iranian gunboats if they harass our ships at sea,” US President Donald Trump tweeted Wednesday in a startling threat that could trigger a catastrophic war throughout the Middle East and beyond.

The threat to launch a war 7,000 miles from US shores in the midst of coronavirus pandemic, whose death toll in the US is rapidly approaching 50,000, comes on the heels of Trump’s Monday night tweet announcing a suspension of all immigration into the United States, a transparent attempt to scapegoat immigrants for the ravages of the pandemic and the layoffs of tens of millions of workers.

There is in both of these actions an expression of desperation and a flailing about in the face of a national and global crisis for which the US ruling class has no viable solution. It is a crude attempt to change the subject and divert public attention from the catastrophic consequences of the criminal indifference of the government and the ruling oligarchy it represents to the lives and well-being of the vast majority of the population.

Pentagon officials reported Wednesday that they had received no prior notification of Trump’s tweet, much less any orders for a change in the rules of engagement in the Persian Gulf.

Nonetheless, the brutal and fascistic rhetoric of Trump reflects a drive to war by US imperialism that has not been tempered, but rather intensified, by the global pandemic.

Even as Trump issued his tweet, US warships were sailing toward a confrontation with China in the South China Sea. At the same time, the Pentagon was announcing a shift in its deployment of long-range, nuclear capable B-52 bombers to make their presence less predictable to Beijing and Moscow and thereby ratchet up tensions.

In recent days, the US has sharply escalated its air strikes against the impoverished African nation of Somalia, even as the coronavirus pandemic threatens to ravage its population. Escalating war threats continue against Venezuela, and the Pentagon continues to provide support for the near-genocidal Saudi-led war against the people of Yemen.

Nowhere does this war drive find more naked expression than in the massive government bailout that is being organized for the US arms industry. With tens of millions of workers unemployed, many facing hunger, and a drive by both the Trump administration and state governors to force a premature return to work, billions upon billions of dollars are being lavished upon military contractors to sustain their guaranteed profits and the obscene fortunes generated for their major shareholders.

The Pentagon’s top weapons procurer, Undersecretary of Defense Ellen Lord, told a press conference Monday that some $3 billion has already been funneled to the arms makers in the form of early payments for existing contracts, in addition to billions more approved by Congress in the first CARES Act, which pumped trillions of dollars into the financial markets. She indicated that much more will be doled out once Congress passes another stimulus package.

Asked by a reporter how much would be need to insure Washington’s Merchants of Death from any losses due to the coronavirus pandemic, she replied, “We’re talking billions and billions on that one.” Lord added that the first priority for this aid program was the “modernization process of the nuclear triad.”

These industries are hardly the picture of the deserving poor. The fact that massive financial resources that are desperately needed to save lives and rescue millions of workers from poverty are instead being poured into their pockets is a crime.

In a conference call this week to inform Lockheed Martin shareholders of first-quarter earnings, the company’s CEO, Marilyn Hewson, boasted that the corporation’s “portfolio is broad and expanding” and its “cash generation” strong. She said the company looked forward to “supporting our warfighters’ needs.”

Indeed, Lockheed Martin pulled in $2.3 billion in cash during the single quarter and expects to top $7.6 billion—coronavirus effects notwithstanding—over the year. It has a $144 billion backlog in orders, an all-time high.

Asked whether she had any qualms about political fallout over completing a $1 billion stock buyback in the midst of the crisis, she replied, “We’re very different, I think, than those who have experienced a very significant impact to their demands.” Hewson announced that the company had set aside a grand total of $10 million for COVID-19-related relief and assistance.

The “very different” character of these companies was also noted in a financial column published in the New York Times for the benefit of its well-heeled readers, titled “Opportunity in the Military-Industrial Complex.”

Pointing to the projected $741 billion Pentagon budget for the coming year, the Times counsels: “That combination of federal dollars and corporate heft may represent an opportunity for investors who don’t mind profiting from warfare. A modest bet on a mutual fund or exchange-traded fund that buys military contractors and aerospace companies may help buffer the deep recession brought on by the coronavirus.”

In short, one can reap substantial wealth from—and amid—mass death.

One of the principal concerns expressed by Undersecretary of Defense Lord as she spelled out plans for the multibillion-dollar bailout of the arms industry was the disruption of supply chains, particularly those originating in the maquiladora sweatshops just across the US border in Mexico. She also mentioned problems in India.

Thousands of Mexican workers have struck and protested against the deadly conditions inside these plants, conditions that are being prepared for workers throughout the planet as back-to-work orders are shoved through. At a plant in Ciudad Juárez owned by Michigan-based Lear Corporation, 16 workers have died from COIVD-19, while area hospitals are overflowing with victims of the virus.

The Pentagon and US Ambassador to Mexico Christopher Landau have intervened with the Mexican government, demanding that the maquiladora workers be forced back into the plants as “essential” to US imperialism’s war machine, just like their counterparts in the US. Lockheed relies on low-paid Mexican workers in Chihuahua, Mexico to produce electrical wiring for the US military’s Black Hawk and S-92 helicopters and F-16 fighter jets, while Boeing gets parts from a plant run by PCC Aerostructures in Monterrey. General Electric, Honeywell and other military contractors also profit off the labor of Mexican workers across the border.

Transmitting the dictates of the Pentagon in the language of contempt for human life that characterizes all of the policies of the Trump administration and the US ruling class, Ambassador Landau launched a Twitter campaign demanding that Mexican workers go back into the maquiladoras for the greater good of US imperialism. He enjoys the full collaboration of Mexico’s President Andrés Manuel López Obrador, promoted by the pseudo-left as a “progressive” and even “socialist,” who has prepared the country’s National Guard for deployment against strikers.

Warning that workers’ jobs are tied to supply chains linking them to US arms manufacturers, Ambassador Landau said, “if we do not coordinate our response, these chains can evaporate.”

He added, “There are risks everywhere, but we don’t all stay at home for fear we are going to get in a car accident. The destruction of the economy is also a health threat.”

These are the same reactionary, antiscientific and misanthropic arguments being made in the US and internationally in an attempt to force workers back into the factories and workplaces with the certainty that many will fall sick and die.

Workers in the arms industry in the US, like their counterparts in Mexico, have also struck and protested over being forced to work as part of the “critical infrastructure” of US imperialism. Workers at the Bath Iron Works in Maine and the BAE Systems shipyard in Norfolk, Virginia, both run by General Dynamics, have struck over the failure of the employers to provide them with protection against infection and death. Similarly, workers at the GE Aviation plant in Lynn, Massachusetts, which produces engines for US Marine helicopters, picketed the plant over the lack of protective measures or any guarantee for workers who fall victim to COVID-19.

This resistance of the working class across national boundaries is directly opposed to the rabid nationalism and reaction that characterizes the response of the ruling classes, not only in the US, but in Europe and internationally, to the intensification of the capitalist crisis triggered by the coronavirus pandemic. To defend their profit interests, they will condemn millions to sickness and death, even as they prepare for world war and fascist dictatorship. The only alternative is for the international working class to put an end to the profit system and rebuild society on socialist foundations.

Can Maidan riots be possible in USA after election? 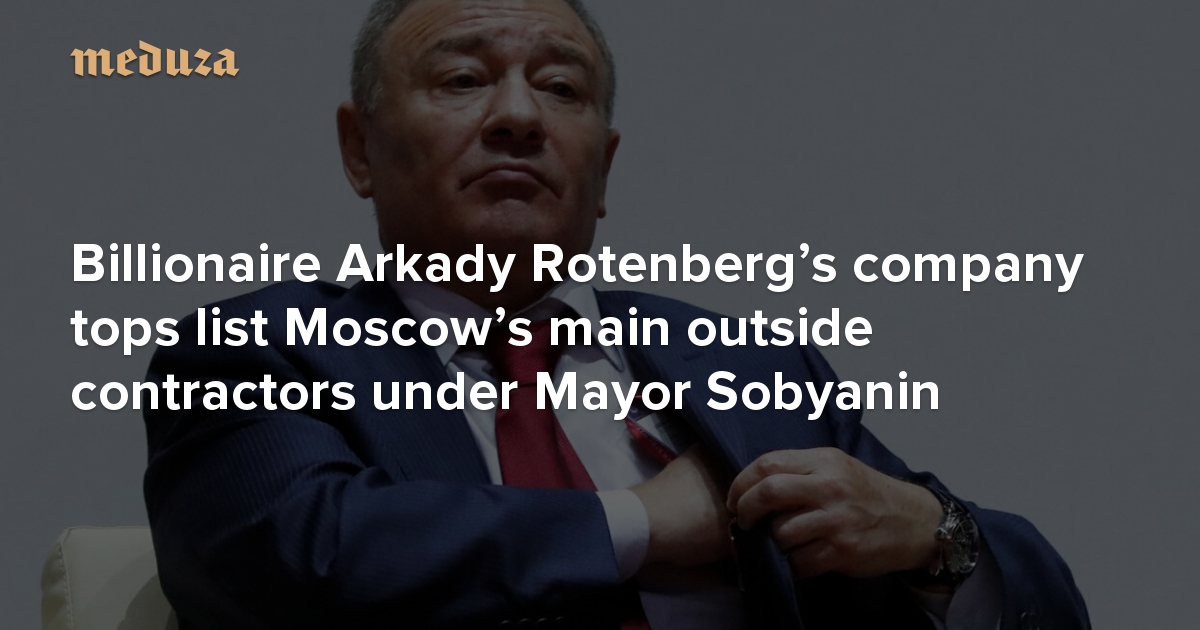