‘You f***ing monkey, if I get corona I will cough in your face and give you your death sentence’: Ian Wright reveals the sickening abuse directed at him on Instagram… before abusive account is quickly pulled down

By Joe Strange for MailOnline

Arsenal legend Ian Wright has revealed a flurry of disgusting racist messages sent to him on Instagram, admitting the abuse ‘still hits him so hard’.

The 56-year-old, who also played for Crystal Palace and West Ham during his 15-year professional career, took to Twitter to share three screenshots of sick messages sent to him online by a user called Patrick O’Brien.

In the seemingly unprovoked attack, Wright was labelled a ‘f***ing monkey’, a ‘n****r’ and a ‘cotton picking black c**n’. 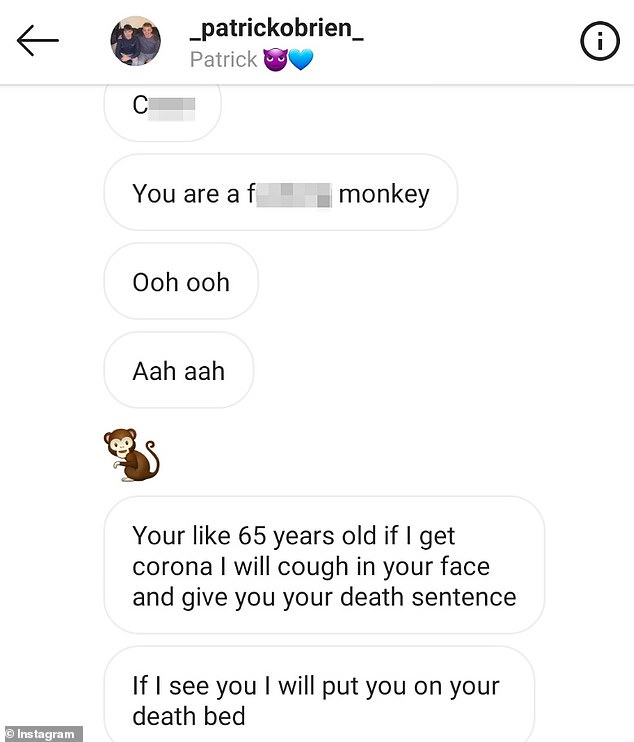 Arsenal legend Wright was sent the sick messages on Instagram. The account responsible has now been removed

Wright was also told: ‘Your [sic] like 65 years old if I get corona I will cough in your face and give you your death sentence. If I see you I will put  you on your death bed.’

In another section of the abusive rant, which was sent to Wright via a direct message on Instagram, the user wrote: ‘You are a c**n. I hate you. I hate your mom. I hate your dad. I hate your brothers and sisters. I hate all your family. You cotton picking black c**n’.

Along with screenshots of the messages and one of the profile responsible – which has now been removed – Wright expressed his sadness that he is still dealing with racist abuse 20 years after hanging up his boots. 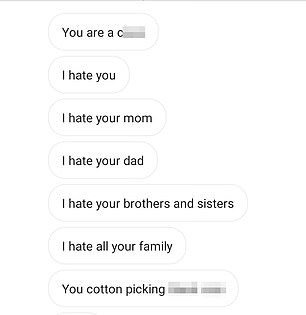 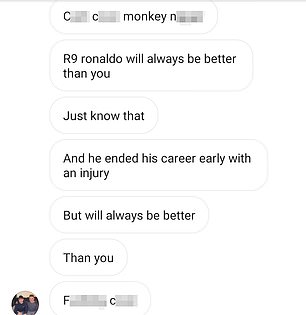 Wright was labelled a ‘c**n’, a monkey and a ‘n****r’ during the vile outburst on Instagram 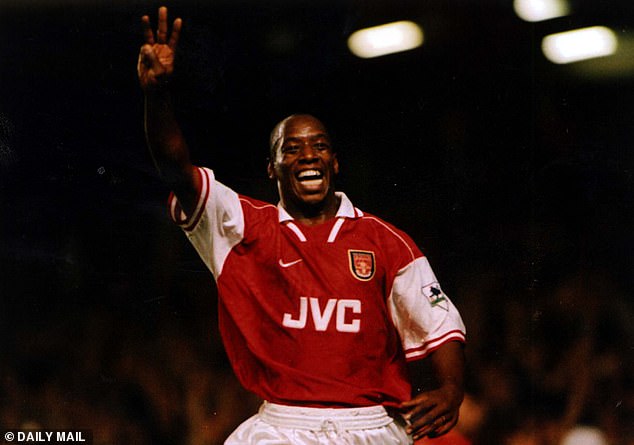 Wright became a legend at Arsenal, scoring 185 goals during his seven years in north London

The former England striker tweeted: ‘I know I’m not meant to look at them but these messages still hit me so hard man. This is a child!!!’

Police have offered to investigate the incident, with the Metropolitan Police Service Contact Centre replying to Wright’s tweet to ask he if he wished to report the abuse officially.

Wright was no stranger to racism during his time as a player and has spoken openly about his experiences in the Premier League. 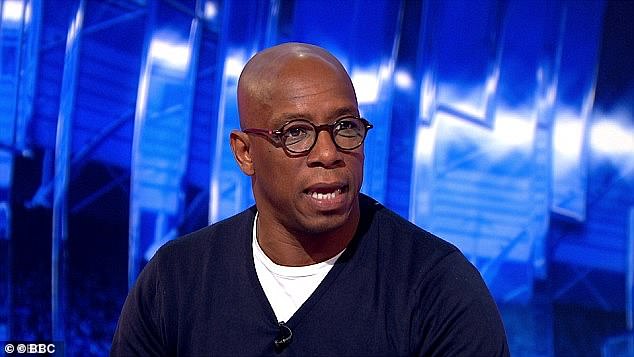 In February, the Match of the Day pundit predicted that racism in football would never be full stopped, particularly with the growth in social media.

He told BBC Radio 4’s Desert Island Discs: ‘With the emergence of social media, you can see [racism] happening.

‘I don’t think it’s something that’s ever going to go away.

‘People feel that if you’ve been a victim of it you’ve got the answers, but you don’t know [what to do].

‘You look at people who are accused of racism, they’re older people – people who should know better.

‘I still think that education is key and that’s all we can do. But you’re just hoping that more and more people will out it when it happens.

‘Then you need the proper kind of discipline and punishment so that people understand that it’s not acceptable.’