Australian Prime Minister Scott Morrison and Bill Gates have spoken about the future of the World Health Organization (WHO). This comes just days after U.S. President Donald Trump said he would halt his country’s funding for WHO.

The Australian Associated Press reported, via the Canberra Times, that Morrison spoke with Gates on Tuesday about the issues facing the world, including the embattled WHO. Australia has been working with WHO for more than 70 years.

The talks came just a few days after the Microsoft founder used Global Citizen’s fundraising broadcast to appeal for support for the global health body. The “One World: Together at Home” concert was led by superstar Lady Gaga with guests like Taylor Swift, Billie Eilish, the Rolling Stones and Oprah.

Morrison and Gates also discussed about COVID-19 vaccines. The philanthropist has been optimistic there will be a vaccine against the novel coronavirus by 2021. Speaking at the online concert fundraiser, Gates said the crisis will only end when a vaccine becomes available to the world.

“There are a lot of vaccine candidates now that we are backing, and I’m optimistic by late next year one of those will come out, and we need to make sure that it gets out to everyone in the world,” Gates said during the virtual concert.

“The eventual end comes when we get a vaccine that protects all of us, not just in the U.S. – in the entire world.”

Gates, who is one of the biggest donors of WHO, has also slammed Trump for his decision to halt the organization’s funding.

“Halting funding for the World Health Organization during a world health crisis is as dangerous as it sounds,” he tweeted on April 15.

“Their work is slowing the spread of COVID-19 and if that work is stopped no other organization can replace them.”

Halting funding for the World Health Organization during a world health crisis is as dangerous as it sounds. Their work is slowing the spread of COVID-19 and if that work is stopped no other organization can replace them. The world needs @WHO now more than ever. 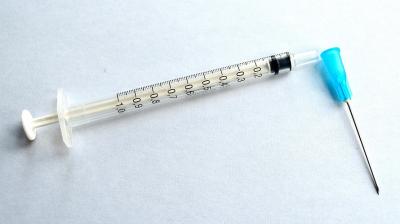