The witness to the Ahmaud Arbery killing has reportedly received threats. William Bryan’s attorney responded to the threats on his client’s behalf Friday, claiming his client was merely a witness.

Bryan’s video of Gregory and Travis McMichael shooting Arbery in Georgia has been circulating over the past week and has raised questions about the man behind the camera. According to his lawyer, Bryan only recorded the video to show police. The footage is now an essential piece of evidence in the case.

The newly released video depicted a man, believed to be Arbery, just minutes before he was shot and killed. The man walked in and around a house under construction for several minutes. He appeared to take nothing with him.

Just out for a jog pic.twitter.com/3WtnxGQ23T

The tape happened to also describe a 911 call that coincided with the time the video was taken. The witness described the figure as a “black man in a white t-shirt running through the neighborhood.”

The suspects, Gregory and Travis McMichael, claimed they thought Arbery was the suspect in a string of burglaries in the neighborhood. The McMichaels then pursued him, believing him to be fleeing the scene.

@donlemon @VanJones68 This is a video of 25 year old Amaud Arbery. He was jogging in his neighborhood in Brunswick, Ga. He was brutally killed, and the two men have not been arrested! Please read up on it, Justice must be served! pic.twitter.com/GYDaOo9blR

Glenn County Police have since confirmed there were no reports of burglaries in the area from the beginning of January to the time of the Arbery’s death.

“We base our decisions on two things: one are facts and the other is the law. Whatever the facts are, we apply the law to it. If the law says what the facts are, it’s a felony murder, then we take the warrants for it. I’m very comfortable in telling you that there’s more than sufficient probable cause in this case for felony murder.” – Vic Reynold, Director of the Georgia Bureau of Investigation

Video of the murder of #AmaudArbery —now video of the arrests of Gregory and Travis McMichael. @GBI_GA said today they determined in 36 hrs. they needed to be arrested.

“There is more than sufficient probable cause for felony murder.” (1/2) 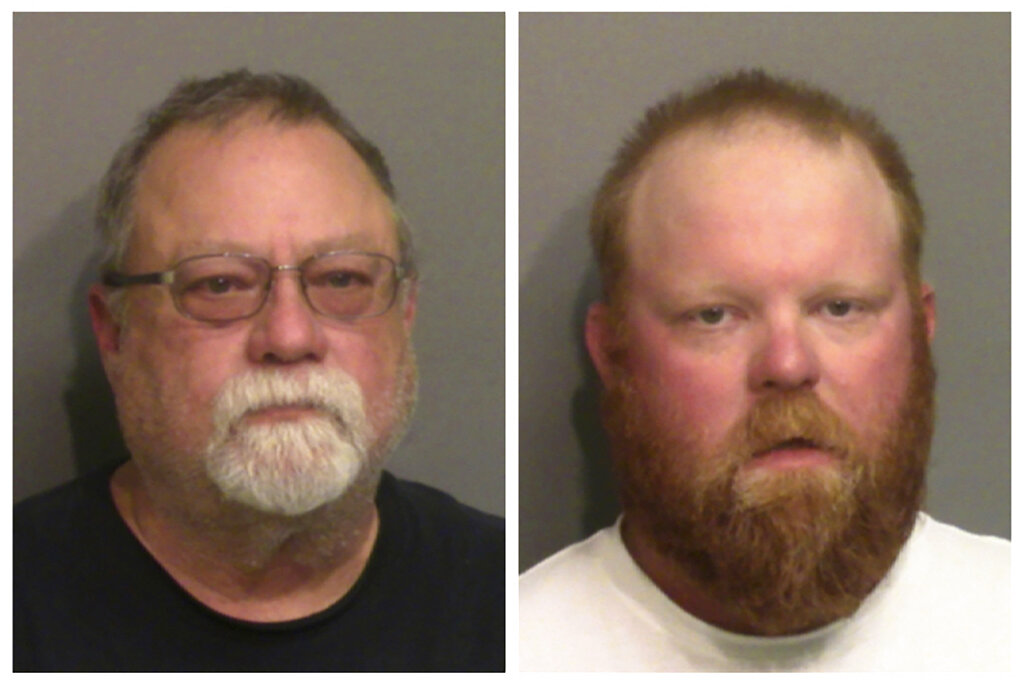 Gregory and Travis McMichael are facing murder and aggravated assault charges. They are being held without bond.

Many people believe the pair should also be charged for a hate crime, but the state of Georgia is one of the four states in the nation that does not have hate crime laws in place.

“There are two justice systems in America, one for black America and one for white America,” stated Arbery’s family attorney. “Until we come together as the United States of America, we see this is going to continue to happen.”

The state’s Bureau of Investigation is currently reviewing the case and Georgia’s attorney general has vowed to “further” investigate the death of Ahmaud Arbery.

US election 2020: Microphones to be muted during final TV debate to stop Trump and Biden interrupting each other | US News

US Election 2020: Could the Latino vote flip Republican states to Biden? | US News

Donald Trump Mocks Joe Biden for Time off Campaign Trail: 'They Put the Lid on It'