President Trump revamped his “Make America Great Again” message during his first campaign rally in months. On Saturday, the president picked up where he left off in Tulsa, Oklahoma, where he rallied support within his base.

“I stand before you today to declare the silent majority is stronger than ever before,” he stated. “Five months from now, we’re going to defeat sleepy Joe Biden, we’re going to stop the radical left.”

THE SILENT MAJORITY IS STRONGER THAN EVER BEFORE! #MAGA pic.twitter.com/AoIcroQUQd

President Trump touted his record and cited the historic approval of nearly 300 federal judges, including the two on the Supreme Court. He highlighted his response to the coronavirus pandemic and claimed his actions have saved hundreds of thousands of lives.

“We, I, have done a phenomenal job with it, I shut down the United States to…all people from China in late January, which is months earlier than other people would have done it if they would have done it at all,” said the president. “I saved hundreds of thousands of lives.”

The president criticized “fake news media” as well. He noted they never report about the dangers of COVID-19 when it comes to protesters transmitting the virus on the streets. 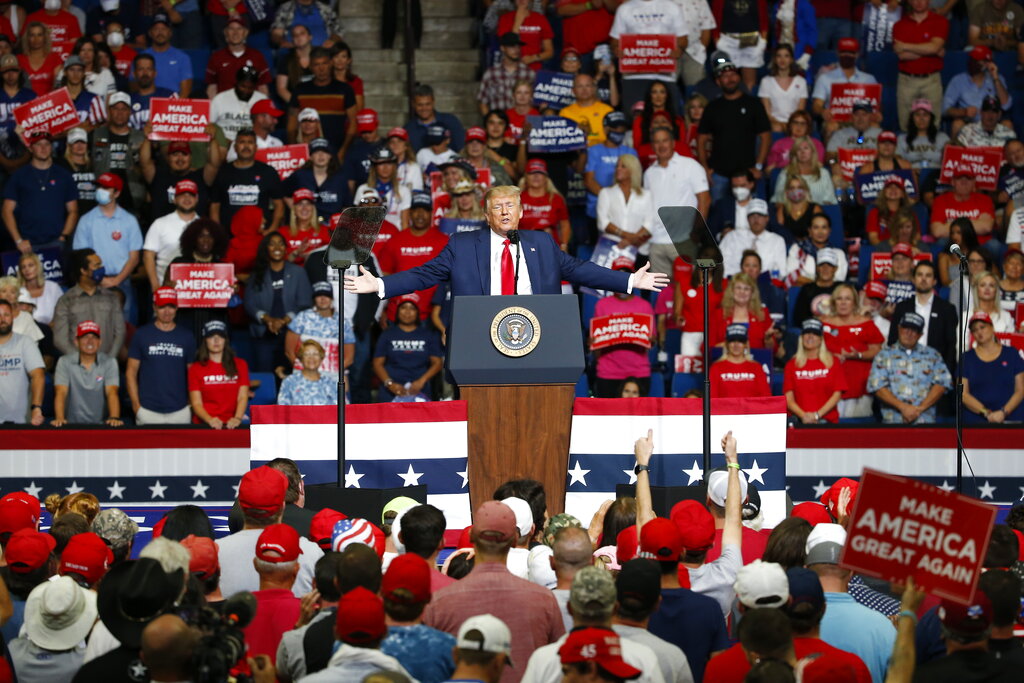 He also took aim at Democrats, whom he blamed for the nation’s massive protests. He specifically targeted Washington Governor Jay Inslee, whom he criticized for letting protesters occupy a small portion of Seattle.

President Trump further claimed the left is attempting to destroy American history and control anyone who disagrees with them. He pointed out he had offered to bring in federal forces to help the city gain control, but Seattle denied his assistance.

“I flew in with some of our great congressmen and I said to him, ‘Congressman, what do you think? I can straighten it out fast. Should we just go in?’ (He said,) ‘No, sir, let it simmer for a little while. Let people see what radical left Democrats will do to our country.’” – Donald Trump, 45th President of the United States

President Trump also blasted his presumptive presidential rival Joe Biden, whom he called a puppet for the fringe of the Democrat Party.

“Yet Biden remains silent, in his basement, in the face of this assault on our nation and the values of our nation,” he stated. “Joe Biden has surrendered to his party and the left wing mob, he has no control.”

Joe Biden’s record can be summed up as 4 decades of betrayal, calamity and failure — he NEVER did ANYTHING! pic.twitter.com/y7f9FoDtl4 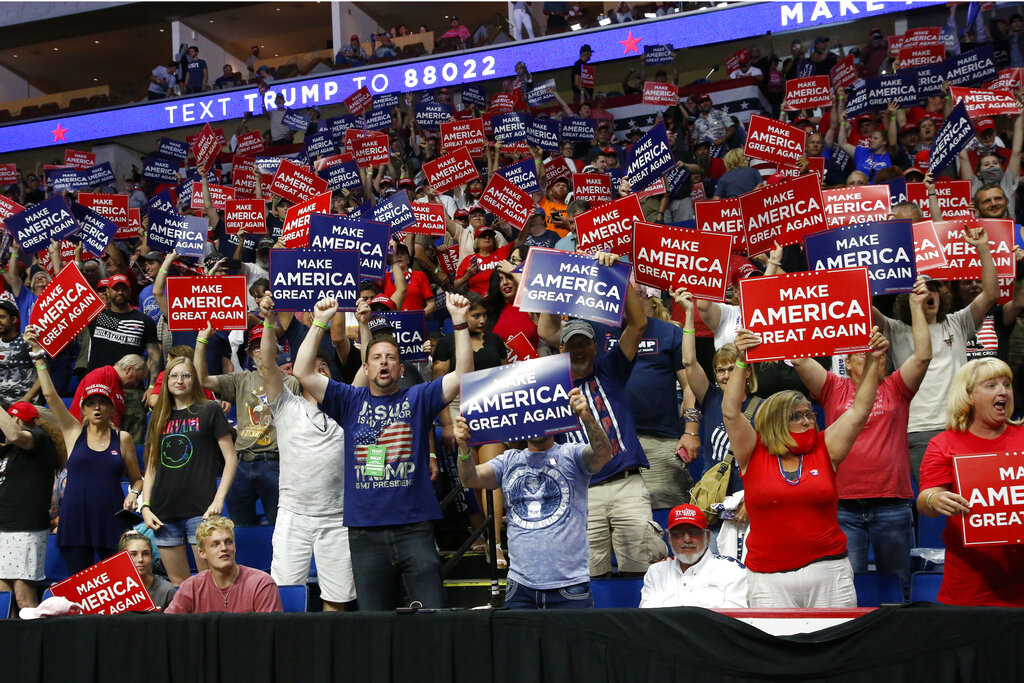 Following the rally, the Trump campaign announced that millions of people had tuned into President Trump’s Tulsa rally online.

In a statement, Campaign Communications Director Tim Murtaugh confirmed more than 4 million unique viewers watched the rally across all of the campaign’s digital channels.

Trump campaign releases a statement on the viewership numbers from rally:

“Attracted over 4 million unique viewers across all of the campaign’s digital media channels … live-streamed pre-rally drew more than 2.5 million … these numbers don’t even include television viewers.” pic.twitter.com/CMGu7HrsAU

According to reports, the number has since been updated to over 5 million viewers.

Murtaugh has said the figures “represent an unmatched enthusiasm behind the president’s reelection and a massive audience that Joe Biden can only dream of.”

He also accused the media of encouraging protesters and bombarding Americans with dire warning about attending the rally in person. However, he went on to say the media was unable to prevent the president from reaching the American people.

TONIGHT: Join Team Trump on the Road: Tulsa OK for a recap of the Make America Great Again! Rally in Tulsa, Oklahoma at 8:00 pm ET!

Could Donald Trump Shock the World on North Korea in a Second Term?

An embrace of law to curb China’s bullying