A crew gets ready to unload medical supplies from an Antonov AN-225 cargo transporter upon arriving from China at Mirabel Airport in Mirabel, Quebec, Friday, May 1, 2020, during the coronavirus pandemic. (Paul Chiasson/The Canadian Press via AP)

According to U.S. officials, China withheld critical information regarding the coronavirus outbreak in order to give itself time to hoard medical supplies.

This followed comments by Secretary of State Mike Pompeo Sunday who confirmed China did “all that it could” to make sure the world didn’t learn about the pandemic “in a timely fashion.”

“This is an enormous crisis created by the fact that the Chinese Communist Party reverted to form, reverted to the kinds of disinformation, the kinds of concealment that authoritarian regimes do,” said the State Department chief.

According to the analysis, while China was concealing the extent of the virus, it was simultaneously increasing imports and decreasing exports of vital medical supplies.

The report said Chinese officials tried to cover this up by “denying there were export restrictions, and obfuscating and delaying provision of its trade data.” China then went on to order medical supplies abroad, noting imports of face masks, gloves and surgical gowns “increased sharply.”

White House trade advisor Peter Navarro made similar accusations in mid-April. He said for six weeks China used its influence at the World Health Organization to hide the nature of the coronavirus, while buying up the world’s supply of medical equipment. 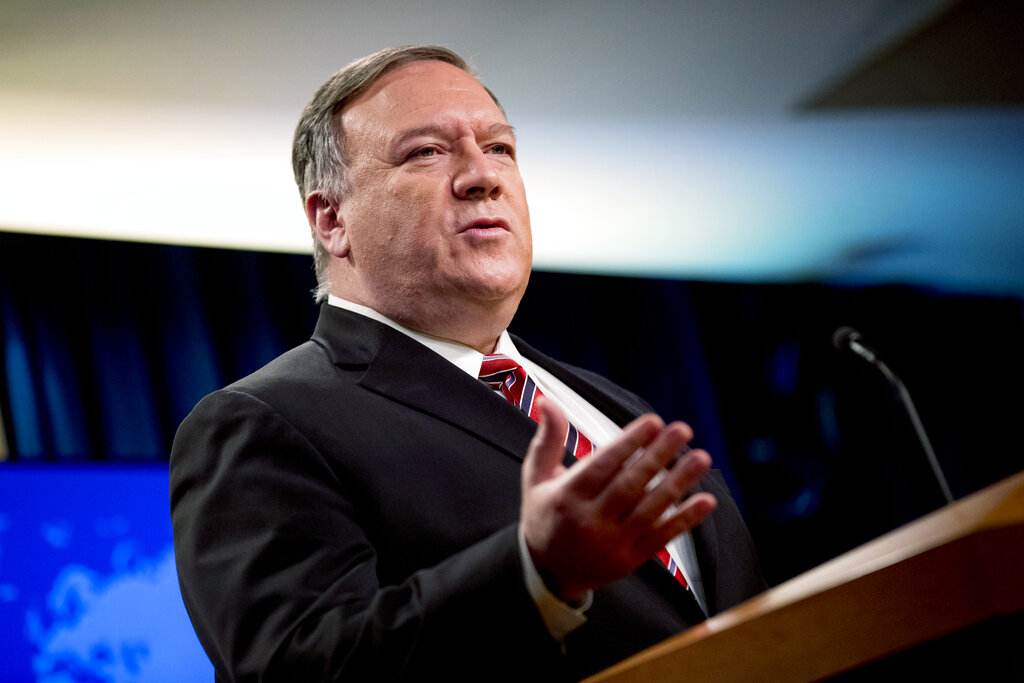 FILE – In this April 29, 2020, file photo Secretary of State Mike Pompeo speaks at a news conference at the State Department in Washington. Chinese leaders “intentionally concealed the severity” of the pandemic from the world in early January, according to a 4-page, Department of Homeland Security report dated May 1 and obtained by The Associated Press. (AP Photo/Andrew Harnik, File)

Pompeo also noted that the U.S. still hasn’t been granted the access it needs in order to effectively fight the pandemic.

The secretary went on to stress that “this is an ongoing threat, an ongoing pandemic, and the Chinese Communist Party continues to block access to the western world.”

2020 Election Live Updates: Trump to Travel to 3 States as Biden Focuses on Pennsylvania

COVID-19 is killing Native Americans. Here’s how to help

Voter turnout among Puerto Ricans rising, not necessarily because of Hurricane Maria: Experts