President Donald Trump speaks to members of the media on the South Lawn of the White House in Washington, Tuesday, May 5, 2020, before boarding Marine One for a short trip to Andrews Air Force Base, Md., and then on to Phoenix, Ariz. (AP Photo/Patrick Semansky)

The researchers at the Institute for Health Metrics and Evaluation at the University of Washington are working to predict the future of the coronavirus, but their most recent projections are worrying.

Their latest predictive model was released Monday and estimated that by August more than 134,000 people will have died from the virus. This nearly doubles the institute’s prior projection and came as states slowly began moving forward with plans on how to reopen their economies.

President Trump has downplayed newly revised model projections. While speaking to reporters Tuesday, the president was asked about the key model changes from the Institute of Health Metrics and Evaluation at the University of Washington. He claimed the new model was not taking into account social distancing measures.

The president’s remarks came after the institute said it’s estimates increased due to states slowly reopening their economies and more movement among people, which was tracked through anonymous cell phone data.

In states that didn’t quickly loosen guidelines, citizens who opposed strict lockdown rules rushed to protest. Oftentimes this drew large groups and many were seen not wearing masks or observing any social distancing guidelines.

In an interview Monday, Dr. Anthony Fauci warned that rushing to reopen the economy, even at the demand of citizens, would be unwise.

“When you have a lot of virus activity and you know that you are able to contain it to a certain degree by the mitigation, by the physical separations, the kinds of things that we’ve been talking about — gateway, phase one, phase two, phase three — and you start to leapfrog over some of these, you’re inviting rebound and rebound is going to give you spikes,” explained the NIH director. 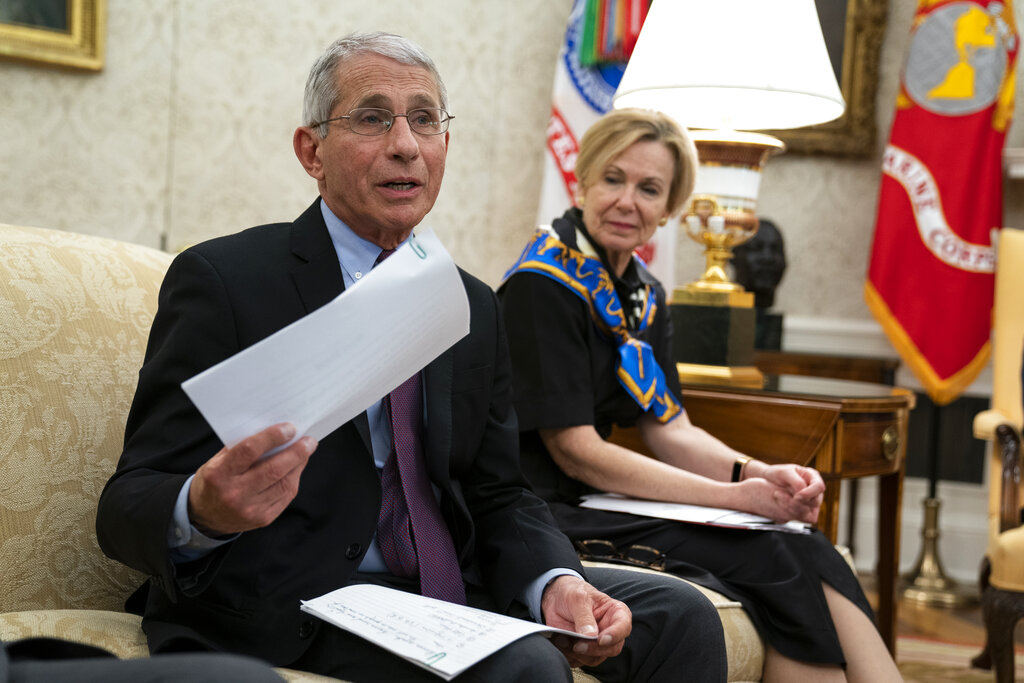 While researchers use a variety of sources to make as precise of a prediction as possible, the final death toll will ultimately be influenced by people’s adherence to social distancing policies.

“I don’t know if those numbers…because I have skepticism about models…about they’re only as good as they assumptions you put into them, but they’re not completely misleading,” said Dr. Fauci.

To account for a number of variables, including whether states choose to remain closed, reopen in phases or loosen social distancing policies entirely, the model returned estimates for the lowest and highest likely death tolls. The worst case scenario model prediction, the one health officials are striving to avoid, is a total of 242,000 deaths.

Meanwhile, President Trump has vowed to get the economy moving again and bring it back stronger than ever despite the revised modeling estimates.

“You know, if they held people any longer with the shutdowns, you’re gonna lose people that way too and you already have,” he explained. “I’m sure, but between drug abuse and I think they say suicide, a lot of different things…”

Only time will tell how these models will live up to their nearly doubled estimates as many Americans look forward to the day they can return to work.