CHICAGO — A 5-year-old Chicago boy has been hospitalized in critical condition after he was shot in the head in a drive-by shooting as he sat on a couch at home playing on an iPad, police said.

The shooting happened at about 7:30 p.m. Monday in the Roseland neighborhood on the city’s South Side, Chicago police said.

Police spokesman Tom Ahern said at least one round went through the home’s front window and struck the boy in the head. His sister heard the shots and called 911 after discovering that he had been shot, Ahern said.

The boy was rushed to Comer Children’s Hospital, where he was in critical condition following surgery to relieve pressure on his brain, said Cmdr. Glenn White.

“This is another random act of violence here in the city of Chicago involving one of the youthful citizens of Chicago who is five years old who was innocently playing inside this residence on his iPad,” White said. “Our hearts and our prayers go out to the parents.”

No one has been arrested and the shooting remains under investigation, police said.

Shireen Mazari, the minister for human rights in Prime Minister Imran Khan’s cabinet, condemned the comments by the police chief, who serves in a province that is controlled by Mr. Khan’s governing party. “Nothing can ever rationalize the crime of rape,” she wrote on Twitter. “That’s it.”

Dr. Mazari did not immediately respond to a request for comment early on Friday.

Reacting to both cases, Mr. Khan said in a series of tweets on Thursday that officials would bring the perpetrators to justice. “Such brutality and bestiality cannot be allowed in any civilized society,” Mr. Khan said.

Pakistan ranks 147th out of the 182 countries that have ratified the U.N. Convention on the Rights of the Child, according to an index on children’s well-being published by the KidsRights Foundation, a research and advocacy group in the Netherlands. The index measures the prevalence of child labor and rates of mortality and malnutrition, among other criteria.

Pakistan’s consistently poor ranking in the survey proves that “policymakers and state machinery in Pakistan have utterly ignored welfare and rights of children,” Ms. Aziz, the opposition lawmaker and children’s rights advocate, wrote last year in The News International, a major English-language daily in Pakistan.

Some sexual assault cases in the country have led to calls for a national reckoning.

In 2015, Pakistan was rocked by accusations that at least 280 children under the age of 14 in villages in eastern Punjab Province had been subjected to sexual abuse by a gang of 15 men, who made videos to extort money from the children and their parents.

More recently, the case of Muhammad Faizan, an 8-year-old boy who was raped and killed in the eastern Pakistani city of Chunian, drew more outrage and protests. People surrounded the local police station and accused officers of neglect.

There are signs that the country is moving to tackle the issue.

Under legislation that Parliament passed in March, anyone who kidnaps, rapes or murders a minor can face life imprisonment or the death penalty. On Friday, Ms. Aziz said that the measure should be the start of a broad array of reforms to promote child welfare.

Photo of Cannon Hinnant via GoFundMe.

Condolences poured in from across the country after 5-year-old Cannon Hinnant was shot and killed last weekend. Family and friends came together for his funeral on Thursday.

During the service, which was held in Wilson, Cannon’s grandfather said the family is heartbroken and in disbelief.

“We shouldn’t even be here. …He (the shooter) took something away from us that should’ve never happened. Just kids trying have fun and something like this happens? Despicable.” – Merrill Race, victim’s great-grandfather

The boy’s father, Austin Hinnant, was also in attendance. While speaking to reporters days earlier, he recounted the moments shortly after Cannon was fatally shot in his front yard.

He was riding his bicycle in front of his two sisters. Hinnant said he was inside at the time of the shooting and came running out.

“I just held him in my arms and I screamed, ‘Somebody please help me save my son,’” stated Cannon’s father. “’God, save my son, please.’”

Today is one of those news days that will stick with me. @bryanmimsWRAL and I had the chance to speak with Austin Hinnant, the father of Cannon. Cannon was shot in the head by their neighbor, who just the night before Austin had invited in to share a dinner. #CannonHinnant pic.twitter.com/qk0sNLPyqX

The alleged shooter, 25-year-old Darrius Sessoms, is the family’s neighbor of eight years. Austin Ginnant explained he had a good relationship with Sessoms prior to the incident and had even invited him over for dinner the night before the shooting. 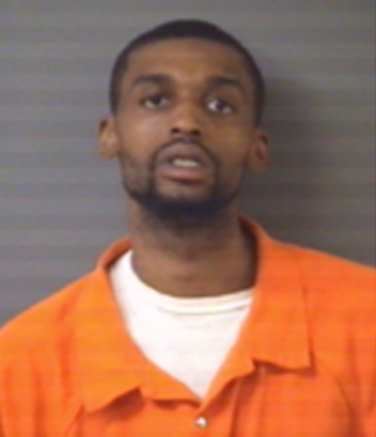 On the day of the incident, eyewitnesses reported Sessoms ran up to young Cannon, unprovoked, and shot him. Officials quickly responded, but were unable to save the boy’s life.

Sessoms was taken into custody the next day after fleeing the scene. He was found in the neighboring town of Goldsboro.

He is facing one count of first degree murder and has been arrested without bond. The motivation behind the killing remains unclear.

“I have no idea why he would kill my son in front of his two sisters and his cousins,” added Cannon’s father. “No idea.”

Police have charged a 25-year-old man with first-degree murder after they say he shot and killed a 5-year-old boy last week in Wilson, North Carolina.

Austin Hinnant told CNN affiliate WRAL he was inside the home when his son, Cannon, was playing outside and was shot.

Hinnant says he ran outside and scooped up the injured child and held him in his arms.

“I screamed ‘somebody help me, please help me save my son,'” he said.

Hinnant told the affiliate he looked up and saw his neighbor, Darius Sessoms, in the yard next door with a gun in hand, pacing and frantic.

“I was looking at him as I was picking up Cannon, and I was so full of rage, but I could not leave my son’s side,” he said. “I just wanted to be with my son.”

Hinnant’s fiancé called 911, he said, and Sessoms drove away.

In a news release, the Wilson Police Department said officers were dispatched to the 5100 block of Archers Road on August 9 in reference to a shooting and found a 5-year-old suffering a gunshot wound, who later died at a nearby hospital.

Police identified Sessoms as a suspect and arrested him after he was found Monday in a Goldsboro residence about 30 minutes south of Wilson. It is unclear if Sessoms has an attorney.