Dick Poole brought up many milestones during a fantasic playing career in rugby league, and on Friday he celebrated the off-field variety.

Australia’s oldest living Kangaroos captain marked his 90th birthday with family and friends at his Earlwood home. Poole’s first-grade career began with Newtown way back in 1950, where he played 115 games before a 32-game stint at Wests. He returned to the Bluebags as their coach after hanging up the boots.

Poole’s playing career was a storied one; the centre captained the Kangaroos to World Cup glory and also represented NSW on 10 occasions.

Even in his twilight years, he remains as sharp off the field as he was on it. Asked what he remembers about his playing days, he quipped “I can’t remember” before providing an insight into how much rugby league has changed over the years. 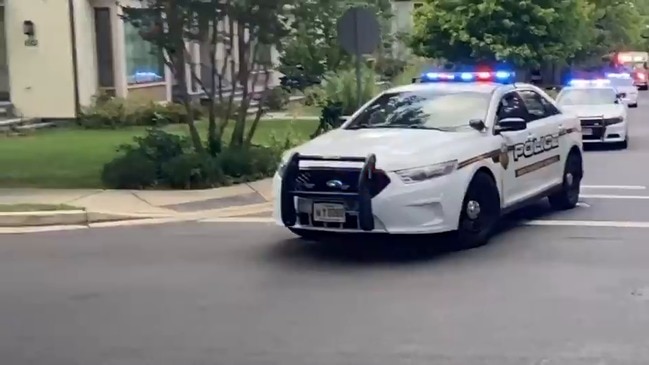 Maryland’s Montgomery County Police Department (MCPD) and local fire engines helped celebrate the 90th birthday of a man who has sewn hundreds of masks for health care workers with a drive-by parade in Chevy Chase on Saturday, July 25. Dan Willkens made headlines locally in April for his work sewing masks for area hospital workers during a shortage of personal protective equipment caused by the coronavirus pandemic. The MCPD said that as of July, Willkens had sewn “approximately 300” masks for Suburban Hospital. Credit: Montgomery County Police Department via Storyful