A jagged east-west bikeway cutting through the city along Wakefield and Franklin streets was proposed to the city council last night. The route must now find support in time to be constructed before the council’s State Government funding expires.

Adelaide’s cycling jigsaw puzzle is one step closer to completion, with the proposed east-west CBD cycling route being presented to council last night – four years on from the announcement of the City of Adelaide and State Government’s $12 million deal to create “the cycling capital of Australia.”

Presented by the City of Adelaide’s administration, the route starts at West Terrace heading along Franklin Street, before turning right along Gawler Place and reorienting eastward along Wakefield Street, where it intersects with the established north-south bikeway before ending at Hutt Street.

A report presented with the route states the bikeway will be designed with separation strips to keep cyclists away from traffic, and be mostly 2.5m wide, except for “selected pinch-points” where it might be narrower.

The $12 million funding deal is set to expire on 30 July 2021, and is contingent upon the path being completed and paid for before that time. The administration has recommended council members approve the plan at next Tuesday’s council meeting, so construction can be completed ahead of the deadline.

If the route is approved, construction will likely commence at the beginning of 2021.

The proposed bike-way. This picture: City of Adelaide

The project received scrutiny at a special meeting last month, where the City of Adelaide administration told councillors the State Government’s original funding promise would expire due to inaction.

“The Department has notified the City of Adelaide that the deed is unlikely to be extended,” Place Director Klinton Devenish said, as reported by InDaily.

“However, we are working with the Department and we have a verbal agreement with them that as long as we can identify a suitable east-west route and we can demonstrate that we have the ability to commence the work and get a fair proportion done, clearly there is an intent in the deed in the east-west bikeway.”

The bikeway is likely to be completed before the deadline, with community consultation for the project only involving “key stakeholders”, Transport Services Manager Daniel Keller said in November.

This goes against the traditional approach of community engagement occurring before the design is implemented, the administration’s report says. They then recommend an “iterative development approach” where the majority of feedback happens after the bikeway is built.

Sam Neeft owns cycling store Treadly Bike Shop, formerly located in the city’s East End but now based in Norwood, and he says the bikeway is “definitely needed,” but past engagements with the city council regarding infrastructure have been dicey.

If ‘key stakeholders’ are just people with big businesses, or are cashed-up, or government, then I don’t think that’s a good representation of who this is going to benefit 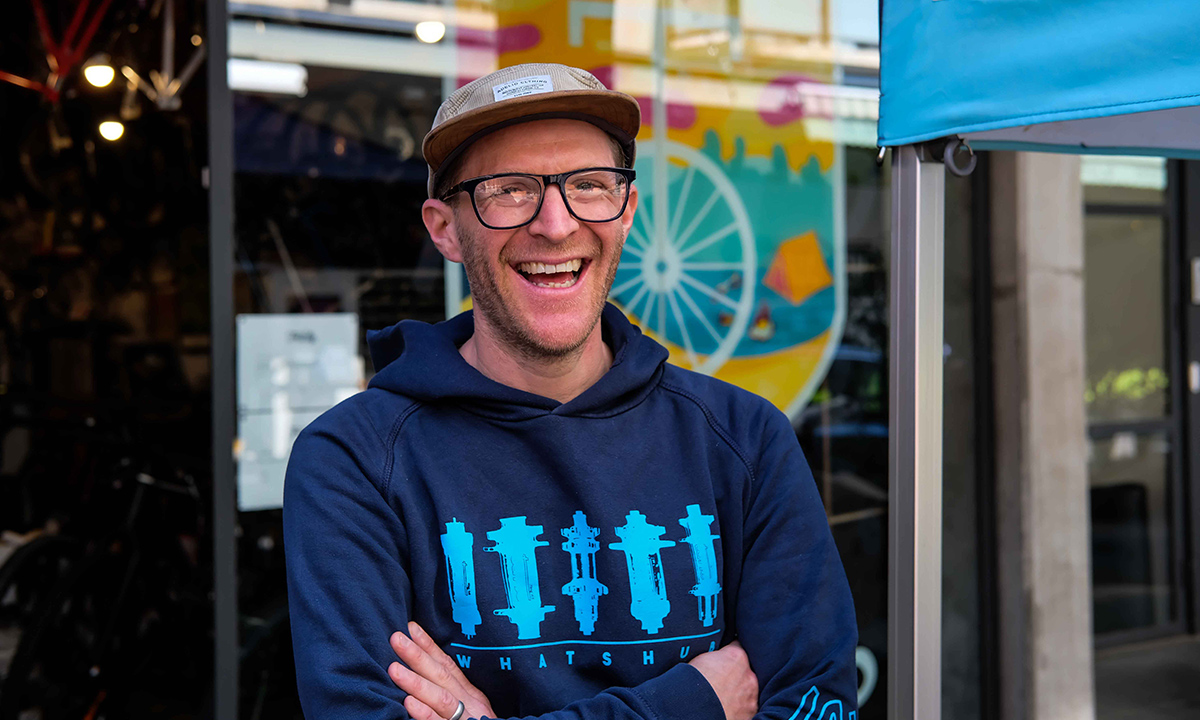 “The engagement that we’ve had with infrastructure improvements has been directed by us and not by them,” Sam tells CityMag.

“The city is made up of a lot of small businesses and they need to be supported within this decision.

“If ‘key stakeholders’ are just people with big businesses, or are cashed-up, or government, then I don’t think that’s a good representation of who this is going to benefit.”

It has been reported the east-west path’s Gawler Place pivot was recommended because businesses on Flinders Street lobbied the City of Adelaide to not have a bike path run past their buildings.

Although the report emphasises the “removal of on-street parking spaces will be minimised,” all angle parking along the route will be replaced with parallel parking, resulting in a reduction of spaces.

At last night’s meeting, councillor Jessy Khera, who’s associated with the Team Adelaide faction, repeatedly inquired about the economic loss of approximately 170 parking spaces, to which Place Director Klinton Devenish said it would be offset by the financial opportunity cyclists bring.

Councillor Alex Hyde also asked about what economic benefit the Frome Street separated bikeway has offered since it was built.

“I’m confused as to what the benefit is we’re talking about here,” Alex Hyde said.

City of Adelaide CEO Mark Golstone replied: “This is a project that has been in-train for a number of years. It’s been a funding allocation provided by the state government for a number of years, and as an administration, we are trying to achieve the objectives of the funding agreement and deliver the project.”

Cycling SA CEO Lachlan Ambrose says improving cycling infrastructure will mean more people cycling into the city instead of driving and parking, therefore the number of available parks and drivers commuting to the city will “equal out”.

“While there’s a tendency to paint this as a ‘one or the other’, anything that gets more people riding into the city probably frees up more car spaces.”

He also believes it is a pivotal piece of infrastructure for the city.

Adelaide City council members will vote on the route on Tuesday, 15 December.