The words 'TRUMP 2020' have been emblazoned across the Sydney skyline as, on the other side of the world, pro-Trump rallies build across the US.

However, Mr Trump continues to put forward unfounded claims of widespread electoral fraud, which is being pedalled by his supporters.

One rally outside the White House on Saturday (local time) saw tens of thousands face off with detractors in an at-times violent stand-off.

Many swarmed the President's motorcade as he detoured for a slow drive-by on his way out of the US capital. 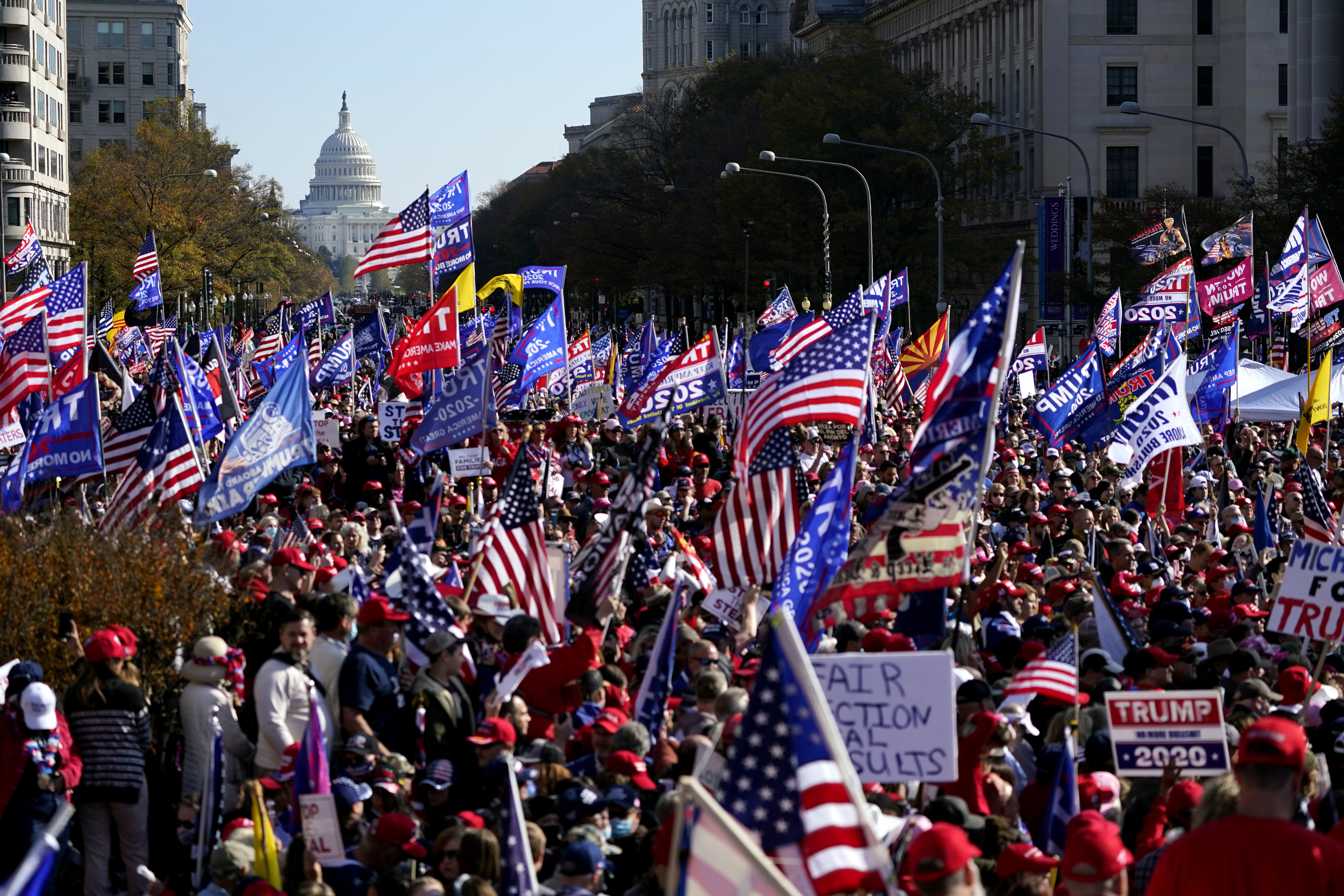 It's not the first time that US politics has reached Australian shores in such a way.

A group of Donald Trump supporters paid to have skywriters display the single word 'TRUMP' to celebrate the President's inauguration in January 2017.

The people behind the stunt at the time chose to remain anonymous, fearing a backlash.