African peace envoys were due to meet Ethiopian Prime Minister Abiy Ahmed on Friday, a day after he said the military was beginning the “final phase” of an offensive in the northern Tigray region that rights groups fear could bring huge civilian casualties.

The government had given the Tigray People’s Liberation Front (TPLF) until Wednesday (local time) to lay down their arms or face an assault on Mekelle, the regional capital of 500,000 people.

The United Nations says 200 aid workers are also in the city.

The envoys were due to meet Mr Abiy at 11am on Friday, said Redwan Hussein, spokesman of the government’s State of Emergency Task Force for the Tigray conflict.

The envoys were in Addis Ababa “with a view to helping to mediate between the parties to conflict” in Ethiopia, South African President Cyril Ramaphosa, who is also the AU chair, said earlier this week.

Mr Abiy, who won last year’s Nobel Peace Prize for ending a two-decade standoff with Eritrea, has said he will not talk with TPLF leaders until they are defeated or give up.

Thousands of people are already believed to have died amid air strikes and ground fighting since the conflict began on 4 November. The United Nations estimates 1.1 million Ethiopians will need aid as a result of the conflict.

The conflict has sent shockwaves through the Horn of Africa. More than 43,000 refugees have fled to Sudan, while TPLF rockets have hit the capital of neighbouring Eritrea.

Reuters was unable to reach the TPLF for comment on Friday morning, but two diplomats said fighting raged in several areas outside Mekelle.

With phone and internet connections shut off to the region and access to the area tightly controlled, verifying claims by all sides has been impossible.

At time of writing, there was no indication that the Ethiopian military had entered the city of Mekelle. The TPLF has previously said it was digging trenches around the city. Reuters was unable to verify those claims.

Finance Minister Ahmed Shide said on Thursday that the government was trying to make people in the city aware of the military operation.

“We have made the people of Mekelle to be aware of the operation by deploying military helicopters and dropping pamphlets in Tigrinya and also in Amharic so that they protect themselves against this,” he told France24. Ethiopian soldiers rest at the 5th Battalion of the Northern Command of the Ethiopian Army in Dansha, Ethiopia, on 25, November, 2020.

Kenneth Roth, executive director of Human Rights Watch, said such efforts were not akin to protecting civilians from harm.

“Warnings don’t absolve the Ethiopian military of the duty to protect civilians during military operations in urban areas,” Mr Roth tweeted on Thursday.

Urging the TPLF not to deploy its forces among civilian populations in the city of Mekelle, he added: “Violations by one side don’t justify violations by the other.”

Mr Abiy’s office said on Thursday that authorities were opening a humanitarian access route, but the United Nations said it had no information on the route and the region was blocked to aid groups.

Tigrayans, who make up about six per cent of Ethiopia’s 115 million-strong population, dominated the government until Mr Abiy took power two years ago.

Mr Abiy accuses Tigrayan leaders of starting the conflict by attacking federal troops at a base in Tigray three weeks ago. The TPLF have described the attack as a pre-emptive strike.

Tigrayan forces have large stocks of military hardware and number up to 250,000 men, experts say, while the region has a history of guerrilla resistance.

Even before conflict broke out, as resentment in Tigray against the federal government grew, Tigrayans adopted a slogan from the TPLF: “nobody will kneel down”. 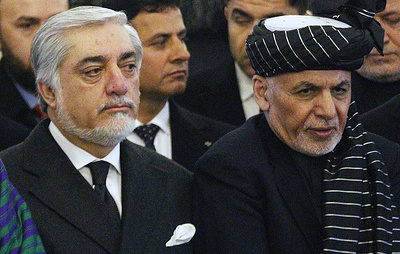 MOSCOW, May 18./TASS/. Special envoys on Afghanistan from Russia, Pakistan, Iran and China have urged all parties to the conflict in Afghanistan, including the Taliban movement (outlawed in Russia), to pave the way for the negotiations, according to the joint statement circulated by the Russian Foreign Ministry on Monday.

The envoys “welcome the Agreement between two main political leaders [Ashraf Ghani and Abdullah Abdullah] and hope that this important event will expedite start of Intra-Afghan negotiations,” the statement runs. With this in view, they “call on all Afghan ethnic groups and parties, including Taliban to act upon the opportunities preparing the situation to launch the Intra-Afghan negotiations as soon as possible,” the statement reads.

They support the release of prisoners and detainees held by all parties to the conflict in Afghanistan and hope that Resolution 2513(2020) of the UN Security Council will be complied with.

The special representatives “support the initiative of the UN Secretary General Antonio Guterres for universal ceasefire and call for a simultaneous declaration of a comprehensive ceasefire throughout Afghanistan as agreed among parties to the conflict,” the statement adds.

The envoys urge the Afghan parties to take resolute action against Al-Qaeda, Islamic State (both outlawed in Russia) and other international terrorist organizations operating against regional states, as well as to take measures against the production of drugs in the country and drug trafficking.

The envoys “agree to maintain the contact on the Afghanistan issue, and work together to advance the Afghan peace reconciliation and reconstruction process,” the statement stressed.

On Sunday, Afghan President Ashraf Ghani and his political rival Abdullah Abdullah signed a deal on cooperation and dividing powers in the country. Under the deal, Abdullah will lead the High Council for National Reconciliation and his supporters will head a number of ministries in the Afghan government.

On February 29, the US and the Taliban movement signed a peace treaty in Qatar’s Doha. Under the agreements, the US and NATO allies agreed to withdraw all troops from Afghanistan within 14 months. The Taliban, for its part, gives guarantees not to use the Afghan territory for actions threatening the security of the US and its allies. Before the start of the intra-Afghan talks on a comprehensive ceasefire, up to 5,000 Taliban militants must be released as well as up to 1,000 prisoners held by the Taliban.