Joshua Kushner and Karlie Kloss will be joining their in-laws Jared Kushner and Ivanka Trump down in Miami. The couples have each bought estates down there with Joshua following big brother Jared snagging a $23.5 million new home for himself and model wife Karlie Kloss.

So being converts to Judaism and married to two brothers is not all that Ivanka Trump and Karlie Kloss have in common right now. The two models – Ivanka has been a model too – will both be settling in Florida after Donald Trump leaves office. This may be related to the fact that the Kushners, once scions of the New York real estate aristocracy, are not so popular there these days due to the family’s association with outgoing President Donald Trump.

According to the New York Post, the estate holds 24,860 square feet of land and has a two story mansion. The house has 15,000 square feet and eight bedrooms. It comes, of course, with a swimming pool and a wine cellar. Kloss and Kushner also paid to keep the furnishings.
–

it’s not like I’ve been waiting my whole life for this or anything… #karlieklossxadidas is SHOPPABLE TODAY!! https://t.co/VlZygtyvuf 🤩 which pieces are your faves?! pic.twitter.com/9dkLClcnl8

Karlie Kloss and Joshua Kushner may need the space for their family as the couple is about to become parents for the first time.

But the purchase price of $23.5 million does not come close to the $30 million that Jared Kushner and Ivanka Trump paid for their new Miami digs located at Indian Creek Island known as the “Billionaire’s Bunker.” 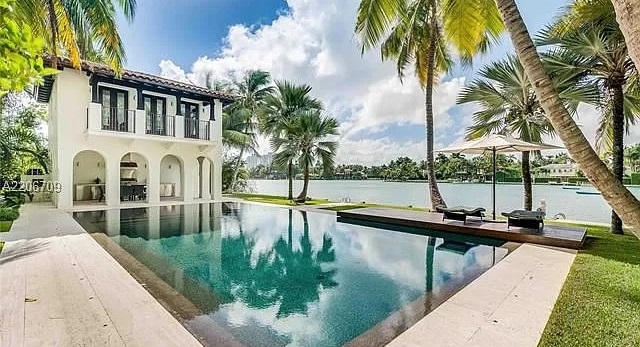 But Karlie Kloss may not get on so well with her in laws. The model famously endorsed Joe Biden for President, which must have angered the Kushners who and Ivanka Trump.