He’s been repeatedly branded as racist by his critics and opponents, but Donald Trump appears to have won over more non-white voters at the 2020 election than the last.

While more non-white voters backed Joe Biden overall, more than a quarter of non-white Americans gave their support to Mr Trump, according to data from Edison Research.

Some have noted that’s the strongest support for a Republican since Richard Nixon, who won 32 per cent of the non-white vote in 1960.

More than 30 per cent of Asian Americans backed Mr Trump, as did 32 per cent of Hispanic and Latino voters this year, according to Edison.

Overall, that’s a growth of three percentage points among all three groups compared to 2016.

And despite his rhetoric around Muslims, Mr Trump has gained 35 per cent of the Muslim vote, according to a separate poll by the Associated Press.

On Friday, Mr Trump boasted of the rise in support from outside his traditional base.

“I won the largest share of non-white voters in the six years, including historic numbers of Latinos, African-Americans, Native Americans,” he said in his first press conference since election day.

Mr Trump has been repeatedly branded as racist by his critics and political opponents, who’ve seized on his comments about Mexicans being “rapists” illegally crossing the border, Muslim immigration, branding COVID-19 the “China virus”, as well as lashing out at the Black Lives Matter movement.

Despite his rhetoric around some minority groups, Tom Buchanan from the University of Adelaide says race is not always the biggest issue in non-white communities compared to the economy and unemployment.

“This idea that if someone says something [inflammatory] that they’re now disqualified, I just don’t think it’s elevated to that to the same level, when you get down to the realm of people making $20,000 a year or something,” he told SBS News. 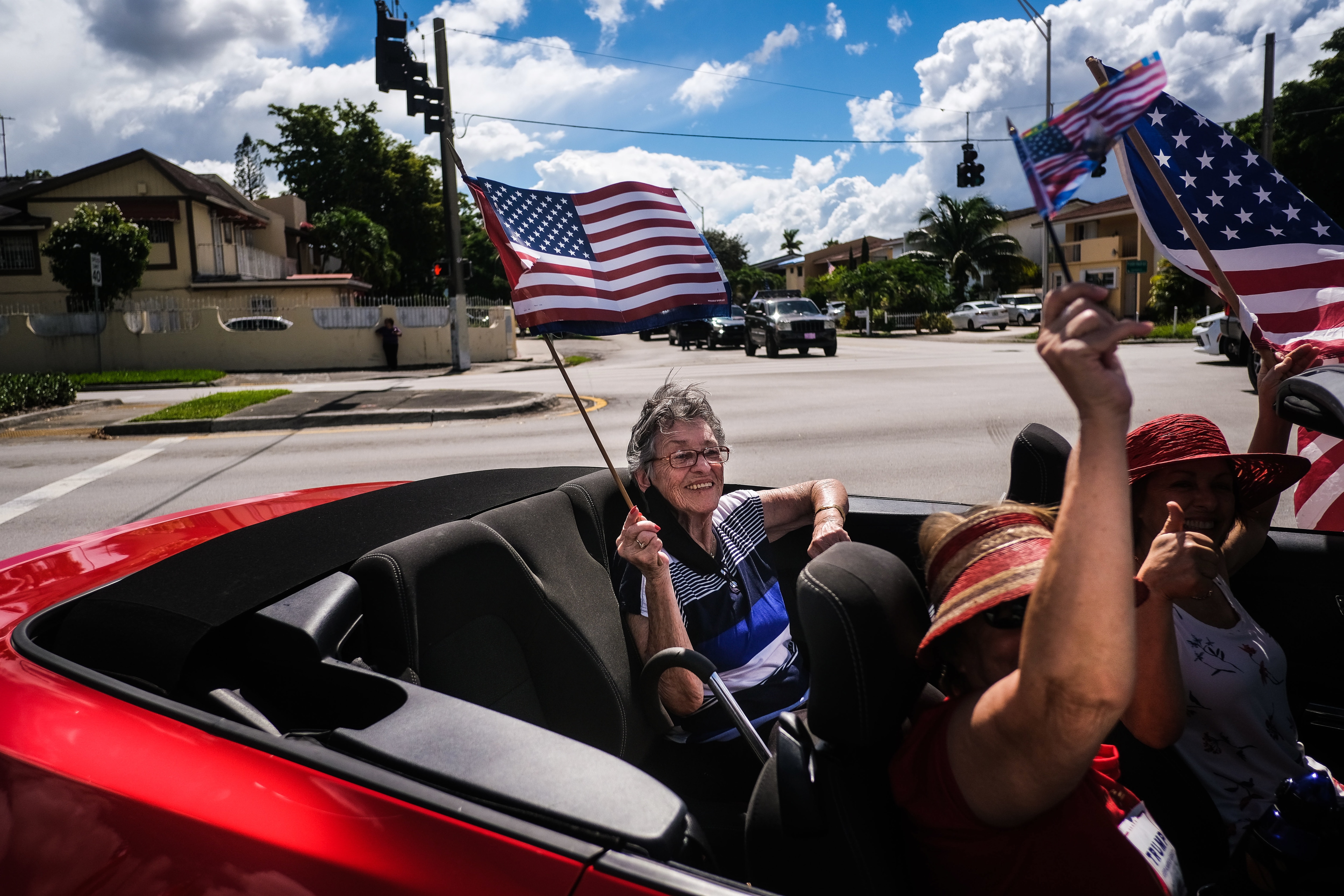 A ‘Latinos for Trump’ parade in support of US President Donald J. Trump, at Tamiami Park in Miami.

He said it would be a mistake to think every group was exactly alike.

“These communities are complex, much more complex than Democrats are willing to acknowledge.”

Wesley Widmaier from the Australian National University says while the growth in support might appear surprising at face value, it’s also understandable.

“We don’t just vote our identities, we vote our experiences and our views are shaped by that.”

In Florida, Mr Trump won four out of 10 Latino voters in 2016 compared to 2020, where the vote was split between Mr Biden and Mr Trump.

Josh Roose, a research fellow from Deakin University’s arts and education faculty, said there was a strong push from the Trump campaign to target Cubans this year.

“[Cubans] have a pathological hatred for communism and [former prime minister Fidel] Castro, and there was a very strong campaign to target them and to target Joe Biden as being associated with China, in some way,” he said.

Mr Trump’s comments about Mexican immigrants might not have been the red line that non-white voters expected among those in the Hispanic and Latino communities.

“People who have immigrated here legally don’t necessarily want to encourage people, maybe new legal immigrants or certainly … you know people that are coming over on their own volition and not going through the formal process,” Mr Widmaier said.

As for the Trump support from Muslims voters, Youssef Chouhoud, an associate professor of political science at Christopher Newport University, says Muslims are among the “most diverse religious community in the US in terms of race and ethnicity”.

“A sizable [percentage] of American Muslims identify as white and their voting behaviour doesn’t appear to diverge from whites in the general public. Add to that unstable party ID & socially conservative leanings and you reach one conclusion,” he tweeted.

IN SUM: A sizable % of American Muslims identify as White and their voting behavior doesn’t appear to diverge from Whites in the general public. Add to that unstable party ID & socially conservative leanings and you reach one conclusion…

Musa al-Gharbi, a fellow at Columbia University’s sociology department, says Democrats should learn not to take the minority vote lightly in the future.

“It’s a glaring indictment of the Democratic Party that in the midst of a recession and a major pandemic, that a lot of minority voters did not believe that their lives would necessarily be better off under Joe Biden than Donald Trump,” he told NPR.

Mr Widmaier says it was surprising Democrats did not do enough to persuade and campaign for the non-white vote.

“Trump does ask for people’s votes in a very aggressive way, and campaigning matters,” he said.