Fox’s Chris Wallace has set off another row with Donald Trump supporters by likening Republicans who back the president’s claims of election fraud to Japanese soldiers who thought World War II was going on long after it had ended.

Wallace suggested Sunday that Ted Cruz and other Republican senators who are echoing the Trump campaign’s allegations of fraud in the Nov. 3 election “are like the Japanese soldiers who come out 30 years after the end of the war, out of the jungle, and say, ‘Is the fight still going on?'” He contrasted the staunch Trump loyalists to senators such as Mitt Romney and Pat Toomey who have called to “damp down the rhetoric” over Democrat Joe Biden’s apparent victory.

The comments raised the ire of conservatives, who were already stung by Wallace’s allegedly biased moderating of the Sept. 29 presidential debate. Some labeled his performance there a “disgrace.” Radio host Mark Levin called the comparison to Japanese soldiers “way out of line.” “Keep your politics to yourself, Mr. Journalist,” Levin tweeted. “You’re not just showing ankle. You’ve completely undressed yourself.”

This is way out of line. Keep your politics to yourself, Mr. Journalist. You’re not just showing ankle, you’ve undressed yourself.https://t.co/W4KOcRrgPe

Cruz argued that “urging that we follow the law and that election recounts be actually completed is not somehow undermining democracy.” Taking aim at Wallace, he invoked the debate controversy, accusing the Fox News veteran of “partisanship.”“Chris Wallace, who beclowned himself with a shamefully biased debate performance – universally panned – continues to demonstrate his rank partisanship.”

Chris Wallace, who beclowned himself with a shamefully biased debate performance—universally panned—continues to demonstrate his rank partisanship.Urging that we follow the law & that election recounts be actually completed is not somehow undermining democracy. https://t.co/vLVUpe23OT

Wallace took heat from both sides of the aisle for his handling of the first presidential debate.  Democrats criticized him for failing to take control of the debate, while Republicans accused him of showing favoritism to Biden. Those critiques were revisited after NBC News correspondent Kristen Welker was praised for her strong handling of the Oct. 22 Trump-Biden debate, and her performance was contrasted with that of Wallace.

CNN and other mainstream-media outlets called the election for Biden on Saturday, but Trump has vowed legal challenges over alleged voting fraud in Michigan, Pennsylvania and other states.
Trump has clashed this year with traditionally pro-Republican Fox News, and Wallace specifically, saying in April that “it’s a whole new ballgame over there.”

Responding to Wallace’s latest remarks about Cruz, Trump campaign adviser Mark Serano tore into the cable news channel for what he argued was betraying their core audience and their brand. “Oh, the conflicts Fox News has waded into because they abandoned their brand and their base audience,” Serano said.

Oh, the conflicts @FoxNews has waded into because they abandoned their brand and their base audience!

UPDATE November 5, 10am: Both are safe and well. They went to the Alice Springs police station last night.

A young mother reported missing since the weekend may still be in Alice Springs, unaware of the concern for her and her baby.

However her car, similar to the one pictured, a blue Holden VT Commodore, was seen by police in Alice Springs yesterday but its occupants had no knowledge of Ms Prayta’s whereabouts.

A police spokeswoman says: “Initial inquiries indicate Makasha may not be aware of the seriousness of the concerns of which police hold for her, and we urge anyone who is in contact with Makasha to encourage her to contact police or family to confirm the wellbeing of herself and her child.

“Initial inquiries indicate Makasha may have links to Ntaria or Warburton.”

Makasha is described as a 17-year-old Aboriginal female with a slim build, brown eyes and shoulder length wavy hair. 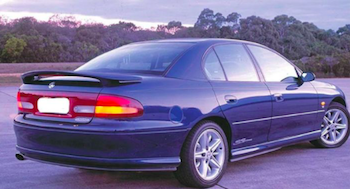 Facebook postings suggest she may still be in town, police say.

Her family has given consent for the police to publish her photograph.

A man accused of murdering a refugee during a 2018 cannabis heist has told a jury he was unaware of the planned drug theft because he had his “hands pretty full” controlling music and smoking ice as he drove to the Adelaide grow house.

The four men have been facing a Supreme Court jury trial for the past four weeks.

Prosecutor Robert Walker previously told the jury the victim was found with his “skull caved in” and his cannabis crop had been “stripped bare”.

“The prosecution case is that Mr Gjabri was growing cannabis hydroponically at Para Vista,” he said earlier this month.

“He was raided late at night and robbed of his cannabis.”

Today, Mr Mitchell gave evidence in his own defence, telling the jury he did not know about the plot to steal cannabis.

He said he agreed to drive the other accused men from Murray Bridge to Adelaide on October 8, 2018.

During cross-examination, Mr Mitchell told the court he did not hear his co-accused discuss any of the details because he was busy driving, controlling loud music and smoking methamphetamine, or ice.

“So I had my hands pretty full,” he told jurors.

He told the court he liked to have his music “cranked up loud” and he did not speak to any of his co-accused on the 60-minute journey.

The jury was previously told the four accused men and another man travelled from Murray Bridge to Para Vista in two cars but left the alleged murder scene in three cars after stealing Mr Gjabri’s car.

During his opening address, Mr Walker said residents living on a nearby street at Ingle Farm heard a group of men with loud voices moving large garbage bags from one car to two others on that night.

He said the prosecution would argue the men were transferring bags of stolen cannabis into different cars before heading back to Murray Bridge.

Mr Mitchell — who has a hearing impediment — today told the court his car was his “pride and joy”.

“There’s no way I would have put marijuana in my car,” he said.

He said he refused to allow the drugs to be put in the boot of his car but changed his mind because his fuel light came on and he had no money or idea where he was.

The court heard DNA linked three of the accused to different parts of the crime scene, and CCTV from neighbouring houses showed multiple men approaching the victim’s house.

Collingwood president Eddie McGuire says he “never heard” the nickname “Chimp” used to describe Heritier Lumumba during his time at the club, and says there will be not be “anything swept” under the carpet in the club’s integrity investigation.

On Wednesday it was revealed retired Pies Chris Dawes and Brent Macaffer knew Lumumba was referred to as “Chimp” in their time at the club as teammates, which was corroborated by ex-Demons coach Paul Roos.

Kayo is your ticket to the 2020 Toyota AFL Premiership Season. Watch every match of every round Live & On-Demand. New to Kayo? Get your 14-day free trial & start streaming instantly >

Speaking on Footy Classified, McGuire said he had not been aware of the nickname during Heritier’s time at the club.

“I’ve never heard it … I’m not going to discuss this because we’re doing an investigation. I know a lot of things that are going on now because I’m hearing things as well,” McGuire said.

“I’ve spoken to some people and I’ve found different things, the nuances I had no idea.”

The club-wide integrity investigation had come under scrutiny from some for not including external parties, but McGuire revealed third parties are set to become involved.

“There’s going to be others, independents added on to that, which will be announced in the next couple of days,” McGuire said.

“We are having externals, absolutely.”

McGuire also confirmed Lumumba has no intention to engage with the club’s review at this stage, but that the Pies will “hopefully win his trust with what we’re doing”.

He said the review would be forensic and would seek the truth.

“This is something that we really want to get into and find out and grow from and look after,” McGuire said.

“We want to look after Heritier, we want to find the truth all the way through this. It’s not about trying to hide anything or manipulate, this is absolutely going to be straightforward, we want to do something.

“Not only because of the climate the world’s in at the moment but Heritier’s a Collingwood premiership player … I can guarantee you there’s not going to be anything swept anywhere, this is something that we’re going to really go through and the compassion involved in this is going to be at the upmost.

“Lets see where it lands.”