The U.S. Postal Service has been removing hundreds of mail sorting machines from its offices. According to an internal USPS letter, the plan is to remove almost 700 of the machines as a response to the declining volume of letters and increased number of packages being shipped through the service.

Nearly 20 machines have already been dismantled as part of the sweeping changes being implemented within the Postal Service.

Postal workers have expressed concerns over the move. They noted the high volume of letters amid coronavirus conditions have already slowed operations.

Ballots cast by mail in dozens of states might not arrive in time to be counted this November. Officials in 40 states received a letter from the agency, which suggested their deadlines for ballots aren’t realistic.

Six other states and the District of Columbia were told that a “smaller subset of voters” there could also be impacted. 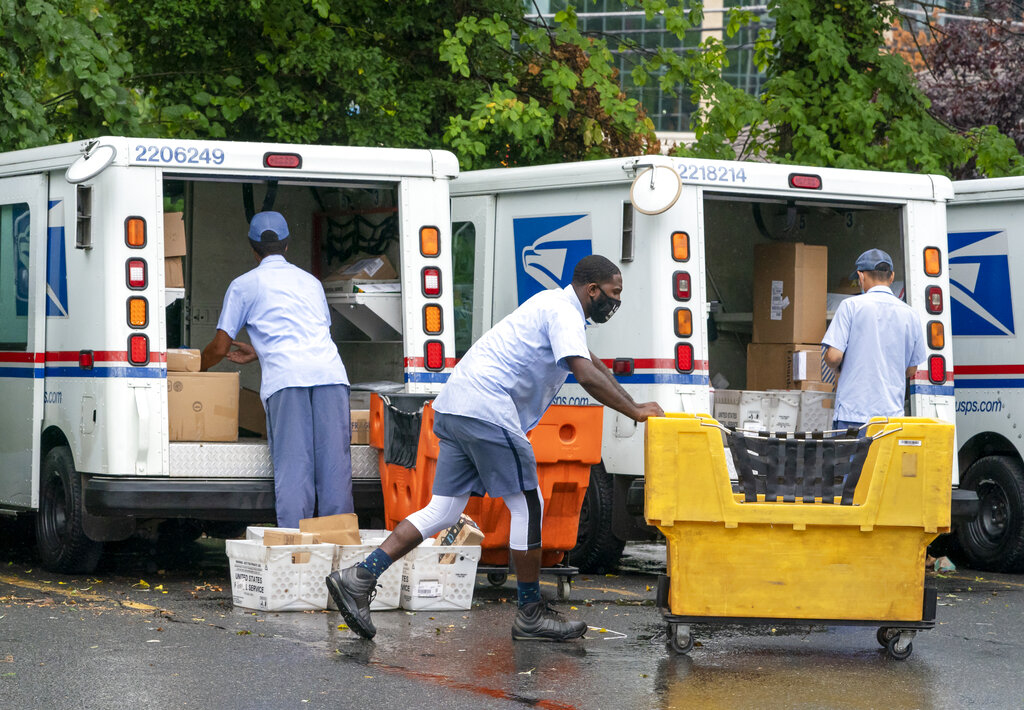 Meanwhile, Postmaster General Louis DeJoy has admitted restructuring plans for the U.S. Postal Service has had “unintended consequences.” According to a leaked memo, he stated even though the changes were necessary, they’ve impacted overall service levels.

DeJoy took over as postmaster in June and announced organizational changes at the beginning of August. The changes included staff hours being cut, plans to remove mail processing machines and reassignments for almost two dozen postal executives.

DeJoy previously claimed the policies would increase performance for the election and maintain the highest level of public trust. In the new memo, he defended the moves and suggested recent changes were not the only contributing factors.

He noted “over the years, we have grown undisciplined in our mail and package processing schedules, causing an increase in delayed mail.” 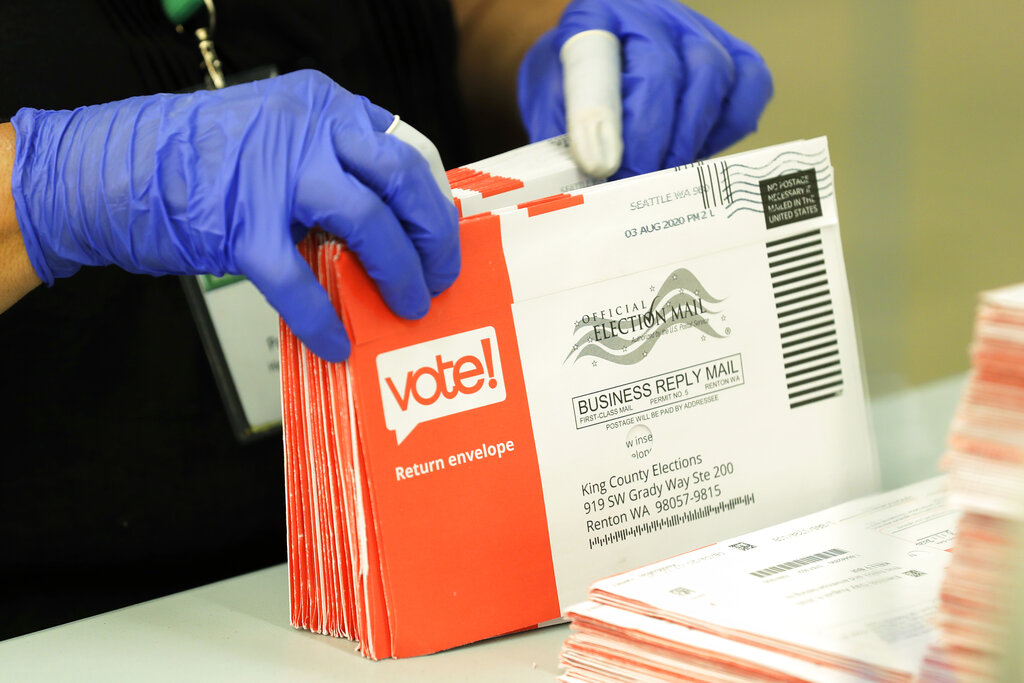 Some believe the USPS won’t be able to handle the influx of ballots. One bipartisan bill, which was sponsored by lawmaker Susan Collins (R-Maine), proposed $25 billion in funding for the Postal Service.

“There’s no doubt that the Postal Service has long-term financial challenges,” she said. “Those do need to be dealt with, but now is not the time to be cutting back services.”

President Trump weighed in on the situation earlier this week. He clarified he’s not threatening to veto legislation that provides funding to the USPS, but insisted Democrats must be willing to make a deal.

“It’s not what I want, it’s what the American people want,” he added.

Last week, the USPS announced a 3rd quarter net loss of more than $2 billion. Even if Congress provides $10 billion in relief, officials have said it wouldn’t address the service’s broken business model.

Emergency workers across Australia who use government-subsidised nannies have had their care withdrawn and are scrambling for other child care options, because of the Federal Government’s new policy to make child care free.

Three weeks ago, the Federal Government announced its childcare industry rescue package, which was partly designed to help frontline workers during the coronavirus crisis.

But in what the In Home Care (IHC) sector believes was an unintended consequence, the changes also saw payments from the Federal Government to some childcare businesses diminished.

Many agencies have withdrawn their nannies from shift-workers and stood down their employees because they cannot afford to pay them anymore.

Melbourne emergency doctor Claire Wilkin-Marshall received an email from her agency saying their child care had been cancelled, which she said “torpedoed” the lives of her and husband James Marshall, a paramedic with Ambulance Victoria.

“Initially I kind of read it and thought … that doesn’t make any sense. I’d seen on the news there would be free child care for health workers and I thought, that can’t be right, ” Dr Wilkin-Marshall said.

“We kind of went from feeling we had everything reasonably under control and we could continue working … [to] actually no, none of the things you thought you’d be able to do are going to be possible.”


Mr Marshall is on a month’s leave to care for the couple’s three children and they are not sure what they will do after that.

“We want to go to work, but if we have kids at home who need to be looked after, then that gets really hard,” he said.

The couple are unable to use traditional childcare centres because they both work weekends, as well as early morning and late evening shifts.

Childcare centres only cater for those who work traditional business hours.

Photo:
Emergency doctor Claire Wilkin-Marshall was shocked to find out her family’s care was being cancelled. (ABC News: Patrick Rocca)


It is a dilemma also facing Patrick and his wife Sarah*, two general duties officers with Victoria Police.

“When you ring triple-zero, we’re the ones who come,” Patrick said, describing their work as first responders.

Their care was cancelled within days of the Government announcement to make childcare free.

Now they are juggling care by taking days of carers leave, and getting Patrick’s parents to look after their two children.

Photo:
Sarah and Patrick are juggling child care and their work as first responders during the pandemic. (ABC News: Michael Gleeson)


“Given they’re older and vulnerable, and our jobs potentially expose us [to COVID-19], that’s unfortunate. We’re lucky my parents are willing but it’s a risk,” Patrick said.

“We’re also having to apply for flexible work arrangements which is hard on the station, and I know of other officers in the same position as us.”

Patrick said he’d called many traditional childcare centres in his area, but they said they wouldn’t accept new clients, even though he told them he was a frontline worker.

Unlike the traditional childcare system, the IHC system was unaffected financially by the COVID-19 crisis as many of the families they catered for still needed to go to work and therefore needed care.

Then the Government announced its rescue package.

Photo:
Patrick said he had no luck looking for traditional childcare centres for his two children. (ABC News: Michael Gleeson)


Under the changes, the payments childcare centres received through the Commonwealth’s Child Care Subsidy have been abolished, along with the gap fee that parents paid.

Instead, services receive a weekly payment from the Federal Government that is roughly half of what they were earning before the pandemic, and they can apply for additional funds under the JobKeeper program and other exceptional circumstance programs.

Australian Home Childcare Association president Nicole Morgan said the “unintended consequence has severely impacted the ability of In Home Care providers to continue to care for many desperate families”.

She said the majority of agency nannies were not eligible for JobKeeper, and they had not seen any funding flow from exceptional circumstance applications.

Ms Morgan has stood down 60 per cent of her nannies and has gone from providing care for 42 families to just nine.

She said agencies had largely cancelled care for their emergency worker clients and had to prioritise vulnerable families who were also eligible for government-subsidised IHC.

They include parents and children receiving chemotherapy and parents suffering severe medical and mental health issues.

“We essentially had to weigh up; who needs to go to work or who’s going to lose their life,” Ms Morgan said.


Carrum Downs mother-of-four Chantelle Morrissey has post-natal depression and had been using the IHC service for eight months.

She’s had her hours of care cut from about 50 hours a week to no more than five hours a week since the changes were announced.

She believes she’s gone from having her mental health under control to reaching rock bottom again.

“When I have help I can cope, but without it, it’s an incredible struggle,” Ms Morrissey said.

She said hundreds of families like hers would be at-risk now their help has been withdrawn.

“Eligible services can also receive small business payments such as the boost to employer cashflow measure — potentially receiving between $20,000 and $100,000 to help with wage costs,” he said.